Weighwell Engineering Ltd are worldwide industry leaders in portable train weighing systems. The patent approved Portable Train Weigher (PTW) can be installed in any gauge of track and virtually any rail type and is suitable for in-motion train weighing and static train weighing. The train scales are used for a variety of rail application’s such as freight and terminal operators weighing aggregate or train maintenance depots carrying out the refurbishment, maintenance and overhaul of rolling stock.

Weighwell provide three different types of static train weighing systems for the rail depots and maintenance workshops. The static train weighing systems provide weighing data for trains that have undergone service, refurbishment or major re-work such as bogie, wheelset or spring changes. A well balanced train is important for safety and various train modifications can have a significant impact on the rail vehicles side-to-side balance and individual cross-axle variations.

The Single Axle Train Weighing System will weigh each individual axle statically and is beneficial in providing a cost effective and time saving solution. The Single Axle Weighing System has a length of only 500mm resulting in no need to remove rail fastenings, carry out any costly track work or install expensive train weighbridges.

The Bogie Weighing Systems which are 2 or 3 rail scales dependent on vehicle configuration will weigh each individual axle bogie and is useful in bogie overhaul and train car assembly with highly accurate individual wheel weights. If left unbalanced an uneven wheel load can impact the design and quality of rolling stock.

The Full Train Weighing System (also known as Full Car Weighing System) is either 4 or 6 rail scales dependent on the vehicle configuration and weighs every bogie, axle and wheel instantaneously thus providing greater repeatability and accuracy. This system is ideal if you want to make vehicle modifications and understand the weight differentials across the total rail vehicle. The advantage of having a portable train scale under each axle is that it minimises the internal forces of the rail vehicle and provides the most accurate weighment.

Designed for temporary or permanent installation the in-motion train weighing systems provide accurate individual wheel, axle and wagon weight at speeds up to 5km/h. Suitable for long term reliable operation the in-motion train weighing systems can “check weigh” overloaded axles or uneven loading which if left neglected can dramatically increase track damage and cause incorrect wear for the rail vehicle.

The portable train scale is able to weigh freight traffic carrying loads such aggregate, coal, steel. The flexibility and portability allows for a user friendly installation and the ability to weigh a rail vehicle in under 20 minutes. The rail scale is able to identify over or under loading and detect any potential load issues which could ultimately lead to derailments and accidents. The portable rail scale also has a commercial application in maximising the load to make the transport of goods as efficient and cost effective as possible.

The in-motion train weighing systems operate with an IP65 rated digital indicator unit. The easy to use indicator provides a printout detailing the individual wheel, axle and wagon weights or allows the user to export the weighing results to a PC.

The multilingual ptwX train weighing software is integrated with our portable train scales and is useful in graphically highlighting wheel loads before rail vehicles enter the rail infrastructure or during the stages of an important overhaul such as pre or post modification overhaul. The ptwX software is primarily used for static applications, provides “real time” displays with individual wheel weights and has customised reporting options to DIN standards.

The PTW indicator can also be integrated with our portable rail scales and is situated within a robust IP65 rated transit case. The alphanumerical QUERTY keyboard and touch screen allows a quick selection of options for the user. In addition the ability to change the data and time, have weighing units in either pounds (lb) or kilogrammes (kg) and the option of four different languages as standard caters towards the global rail market. Specifically designed in-house the weighing data can either be outputted via a printout or exported to a USB stick and easily formatted into a .csv file.

Weighwell have supplied hundreds of portable train weighing systems throughout the world for decades and the weighing equipment provided is robust and reliable with the rail scales tested and adjusted using calibration equipment traceable to UKAS and OIML standards. Weighwell aspire to provide the best customer service, training and support to our global customers and cater to their requirements in over 30 different countries.

Suitable for in-motion and static train weighing Weighwell’s rail scales offer a convenient and flexible installation. The range of portable systems have been designed to meet all uses including trams, metros, high speed rail, commuter rail and freight. 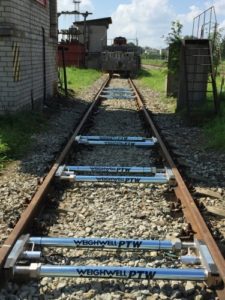 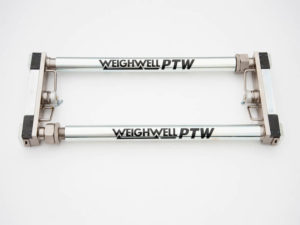 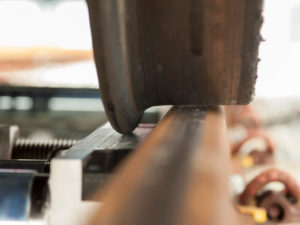 Weighing of the Rail Vehicle 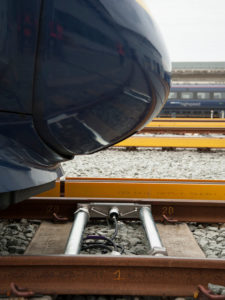 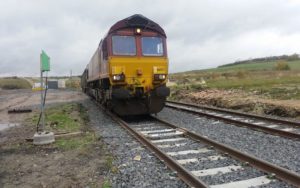 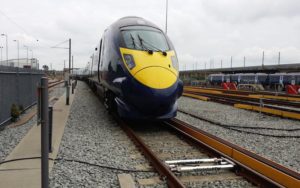 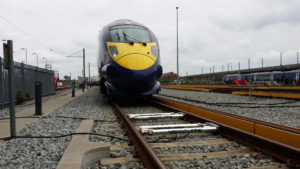 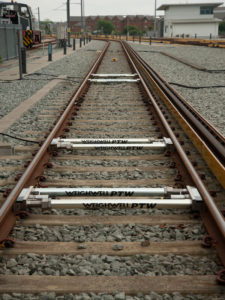 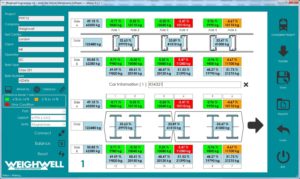 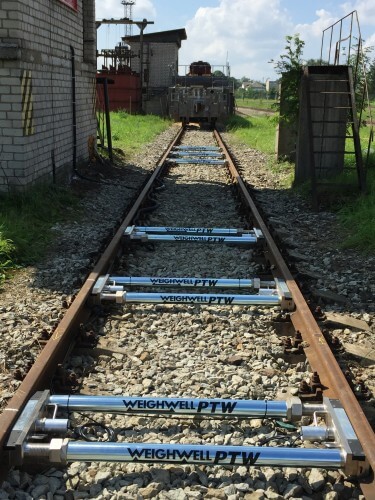 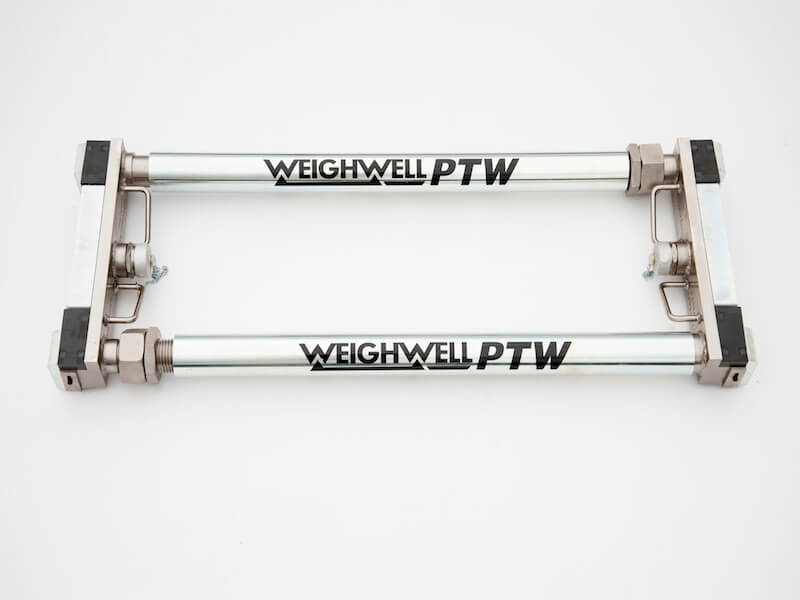 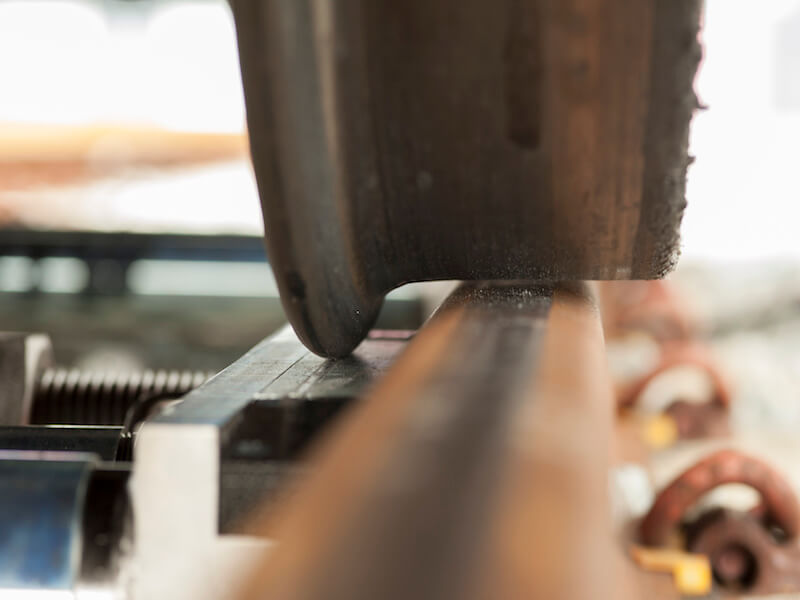 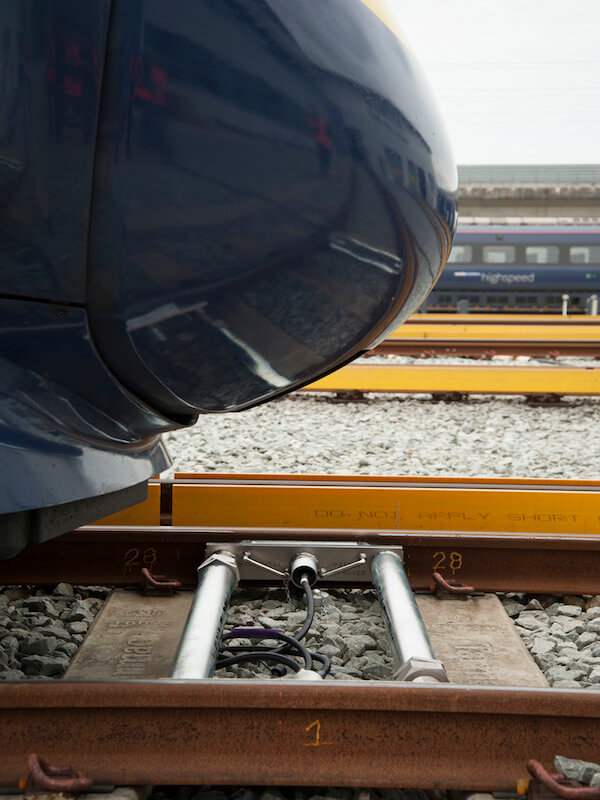 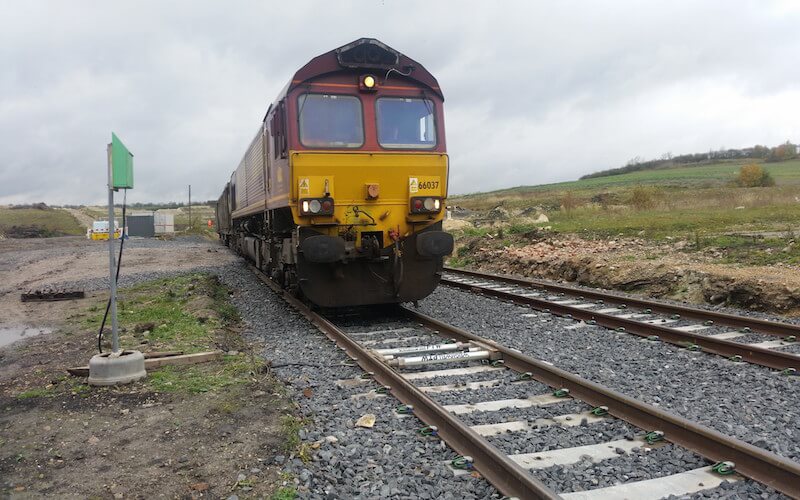 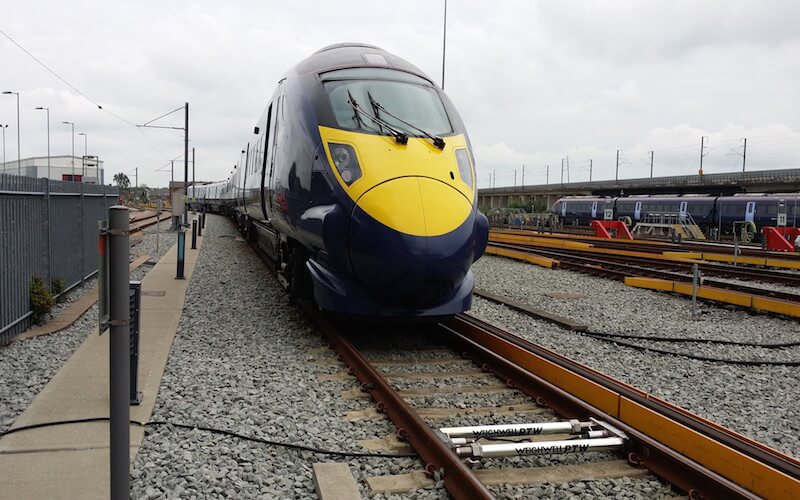 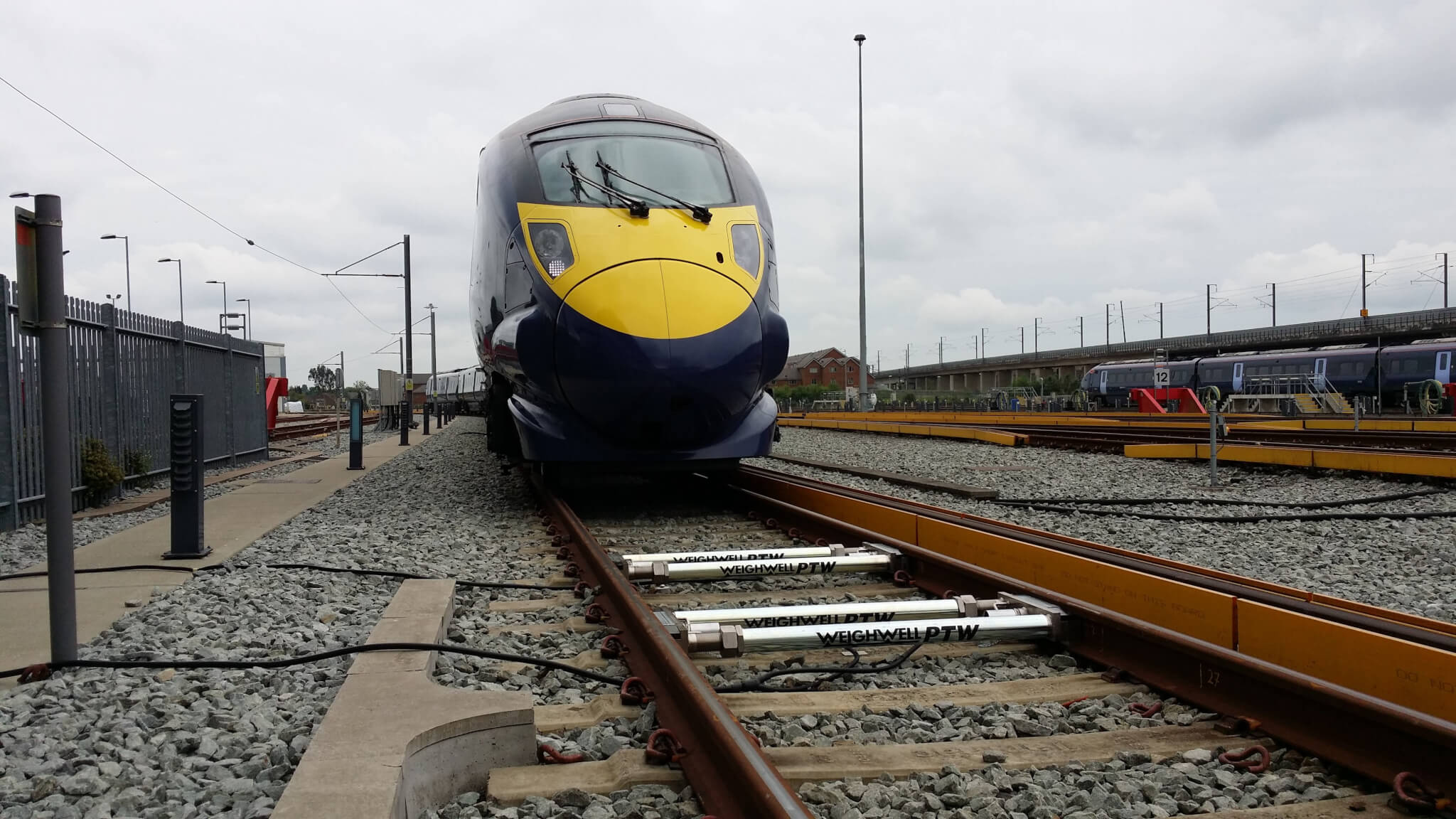 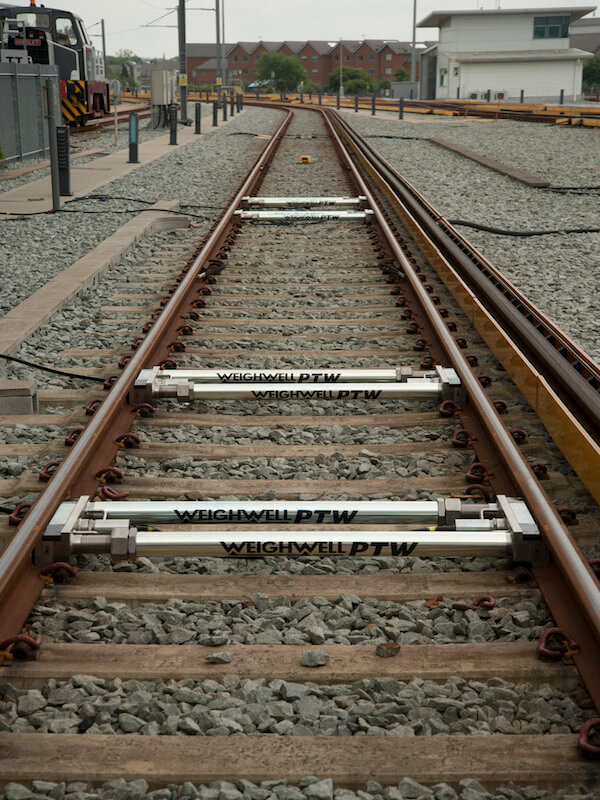 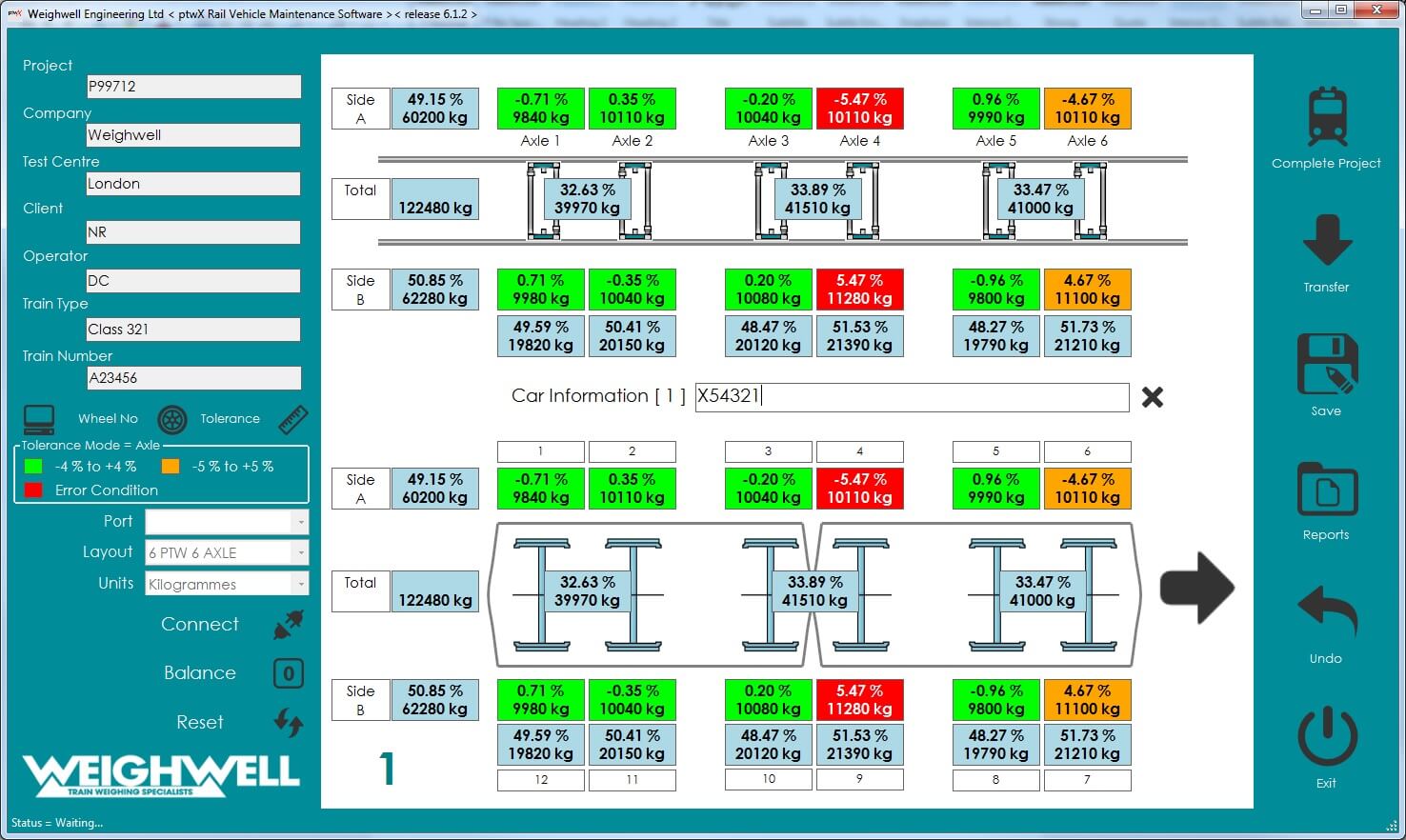 Weighwell Engineering Ltd were the first company to provide portable train weighing systems. Today with over 28 years experience and knowledge we continue to be...

Weighwell Engineering Ltd were the first company to provide portable train weighing systems. Today with over 28 years experience and knowledge we continue to be...

The Full Train Weighing System is an ideal innovative solution for weighing a complete rail vehicle (four or six axles) with a PTW unit under every axle. Once i...

The ptwX train weighing software is easy to use, provides real time displays with individual wheel weights and has customised reporting options. The main screen...

The PTW indicator from Weighwell Engineering Ltd is specifically designed for the rail industry and created for the end user (rail engineers) with extensive tra...

The Weighwell PTW1 Portable Train Weighing System allows the ‘in-motion’ weighing of wheels, axles, wagons and trains. It can be carried by two people to a ...

Weighwell Engineering Ltd provide highly accurate and easy to install bogie workshop systems that can be integrated into any type of new or existing bogie test ...

Weighwell Awarded Best Train Scale for the Third Year in a R...