Britain’s railways proudly continue to hold the best safety records in Europe, but high-voltage equipment, heavy machinery and moving vehicles make maintenance depots in particular dangerous places to work. It is thanks to the implementation of innovative technologies that the industry can continue to boast such accolades.

This year will mark the 20th anniversary of the modern depot protection system. Zonegreen’s innovative Depot Personnel Protection System (DPPSTM™), which revolutionised working conditions in rail maintenance depots will celebrate its landmark birthday later in May.

Depot protection has been in existence for many decades; historically, workers relied on primitive safety measures such as stop boards or even red flags to alert train drivers that they were working on the road ahead. Over time manual derailers were introduced to provide physical protection to staff; however, these still had limitations and introduced new manual handling heath and safety concerns. 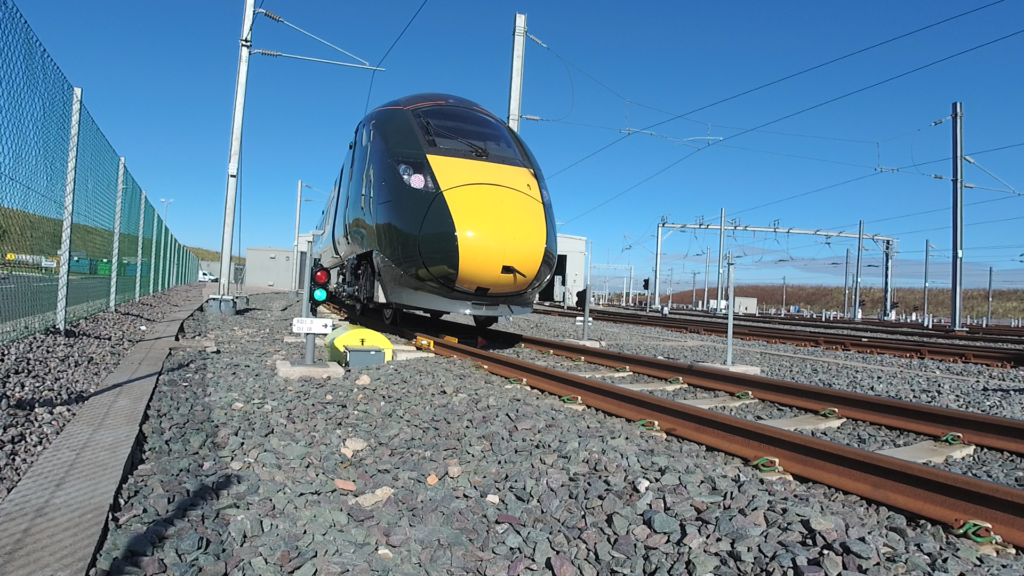 Train Authorised to Proceed over Derailer

At the heart of Zonegreen’s ethos is the desire to increase safety levels for staff, whilst improving the operability of depots. DPPSTM™ introduced a modern form of protection and from the outset allowed the safe and efficient movement of trains, without endangering staff or infrastructure. Zonegreen’s DPPSTM™ has transformed the industry’s approach to depot safety. The introduction of powered derailers (which remove the need for manual handling) with electronic control panels which interface with shunt signals and audible and visual warnings, allow the safe and effective control of vehicle movements within maintenance environments.

In 1999, the first DPPSTM™ was installed at Alstom’s Chester Depot, which was then followed by Longsight, Manchester and Wembley.

These forward-thinking depots saw the potential in the embryonic technology and were thrust to the forefront of personnel protection, demonstrating that better safety in this traditionally dangerous environment did not have to come at the expense of efficiency. As Zonegreen has evolved, depots across the world have followed suit; DPPSTM™ can now be found throughout the UK and as far afield as the Middle East, Australia and New Zealand. 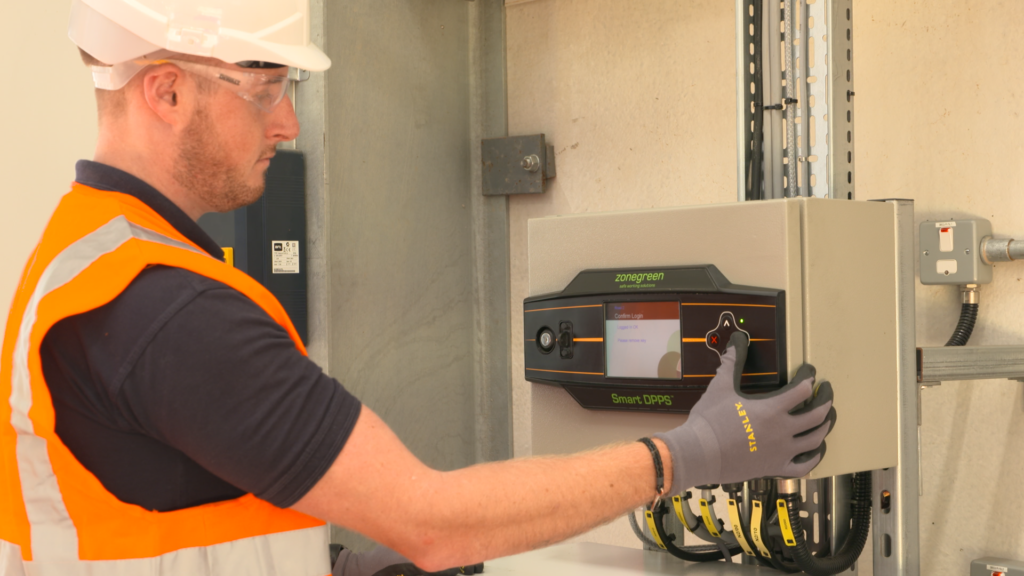 Zonegreen’s team of expert engineers are dedicated to providing cutting-edge rail depot systems. By developing long-term working relationships with its clients, and through continuous research and development, it is able to ensure its products consistently meet the demands of a rapidly changing industry. The pioneering introduction of electronic personal datakeys with varying authorisation levels, which replaced the physical padlock found in traditional depot protection, saw a marked step forward in the operability of the system. The datakeys are used to operate DPPSTM™ and identify personnel working in different safety zones. Staff log on to the road end control panel (REP) when they begin work, which prevents the derailer being lowered, therefore providing them with physical protection from train movements.

The launch of the New Generation SMART DPPSTM™ in 2015 saw the first complete overhaul of the system. Six years of research and development, along with the investment of many hundreds of thousands of pounds, resulted in a system that offers increased intuitive functionality, remote configuration and a graphical user interface that is programmable in any language. The accompanying Depot Manager software offers a complete overview of a depot; it provides key information to make operations quicker and easier to implement, offers comprehensive traceability and makes it possible for users to control train movements remotely, giving greater flexibility.

In the last 20 years, companies including Alstom, Siemens, Hitachi, Bombardier and Network Rail, to name but a few, have chosen Zonegreen’s DPPS™ to protect their workforces throughout the UK and globally.

During Railtex 2019, Zonegreen will be demonstrating the results of its most recent research and development project. The centrepiece of its display will comprise a working road end panel, and will offer verbal warnings of vehicle movements, making it easier to identify areas of risk.