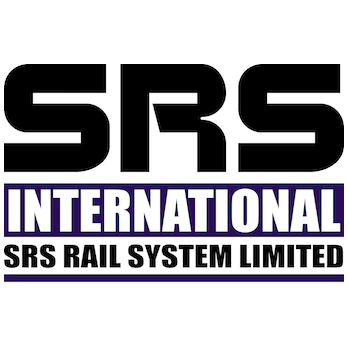 Approximately 30 years ago the Chief Civil Engineer of a European railway had a simple but brilliant idea. Frustrated by the time in which it took to move materials from the depot to the work site on the railway, he initiated the design of a lorry which could travel by road, mount the track at a level crossing and complete its journey by rail. Thus the SRS road rail lorry was born, and the idea soon extended to include a comprehensive range of equipment’s enabling these vehicles to be used for multiplicity of tasks.

This idea was seen by the founder of SRS Rail System International Ltd brought to the UK and so began the company.

Road rail lorries or Road Rail Vehicles (RRV) as they are known, now added a new dimension to railway engineering. SRS RRV’s are standard commercial trucks, usually Volvo, which have been converted to the road rail role, thus a worldwide network of service and support exists.

With rapid escalating costs of purchasing RRV’s from Europe, some 8 years ago SRS Rail System International Ltd made the decision to begin manufacturing their own vehicles. The search for a suitable partner began, 2 years later an agreement was signed with CSR Sifang Co., Ltd.

An extended detailed design evaluation phase was undertaken to ensure that safety, quality and specifications where all met resulting in our first product, the Icon 8 RRV Mobile Elevated Work Platform (MEWP), achieving 8 metres in height. This was quickly followed up with the Icon 10 RRV MEWP, 10 metres in height. Next came the Titan which is a Lorry Loader RRV.

Due to SRS’s long history and success with Volvo these latest variants are based on the Volvo 18t FE chassis.

At the end of 2015 CSR and CNR groups combined to form CRRC therefore Sifang rebranded to CRRC Sifang Co., Ltd. In 2016 CRRC Sifang sold the very first RRV MEWP in to China, no mean feat considering that the RRV concept was completely new in China.

SRS Rail System International Ltd is in the unique position of not only being a manufacturer of RRV’s, we also operated and supply a large varied hire fleet of RRV’s with operators to many of the principle contractor and have done so for the last 30 years.

SRS Rail System International Ltd is proud of our safety and reliability record, now this is scrutinised in greater detail as the company is signed up to the Network Rail portal RRVPS where we are one of the leading suppliers achieving 99.50% reliability.

SRS Rail System International Ltd is committed to increasing the size of its hire fleet and developing further 18 and 26t variants to meet today’s railway and to develop sales in China and the rest of the World. 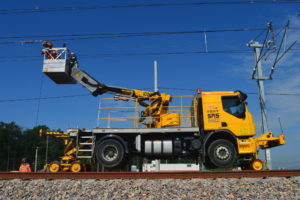 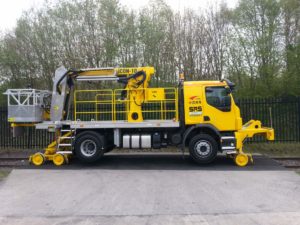 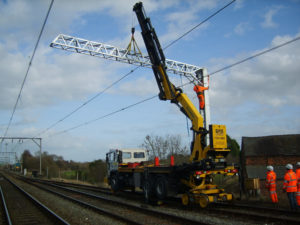 SRS Hire Fleet, One of many Lorry Loader RRV operated by SRS Rail System International, Contact us to discuss your requirements. 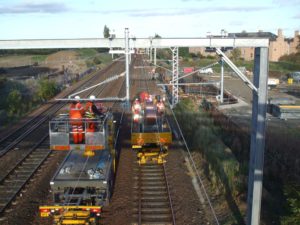 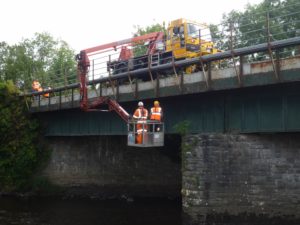 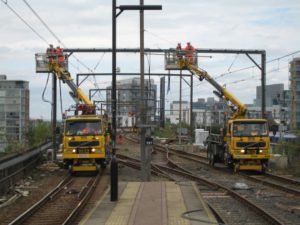 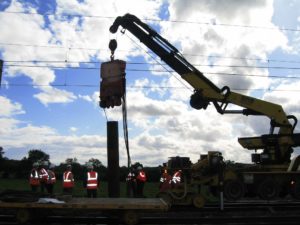 SRS Hire Fleet undertake many applications on track, contact us to discuss your requirement. 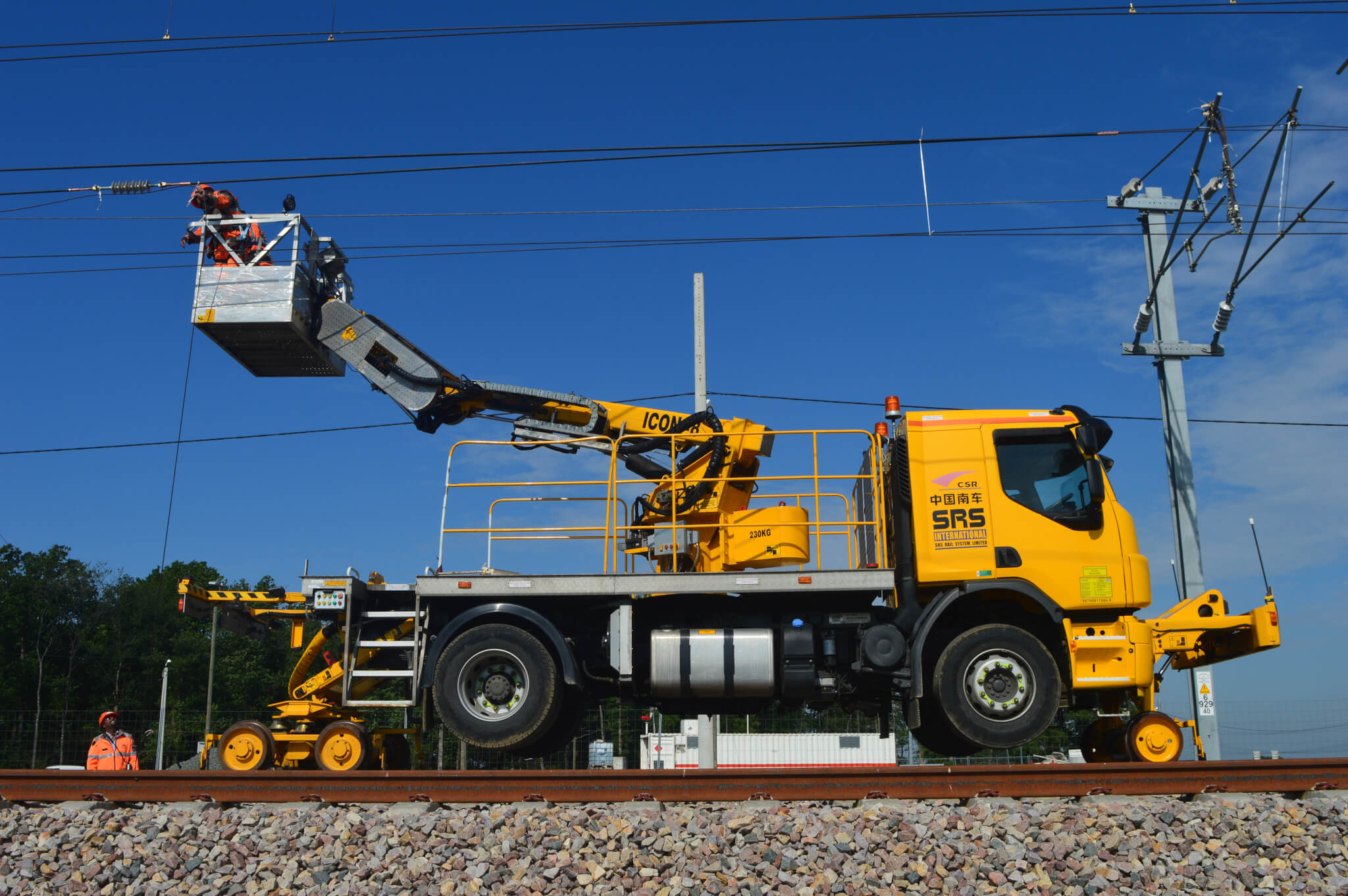 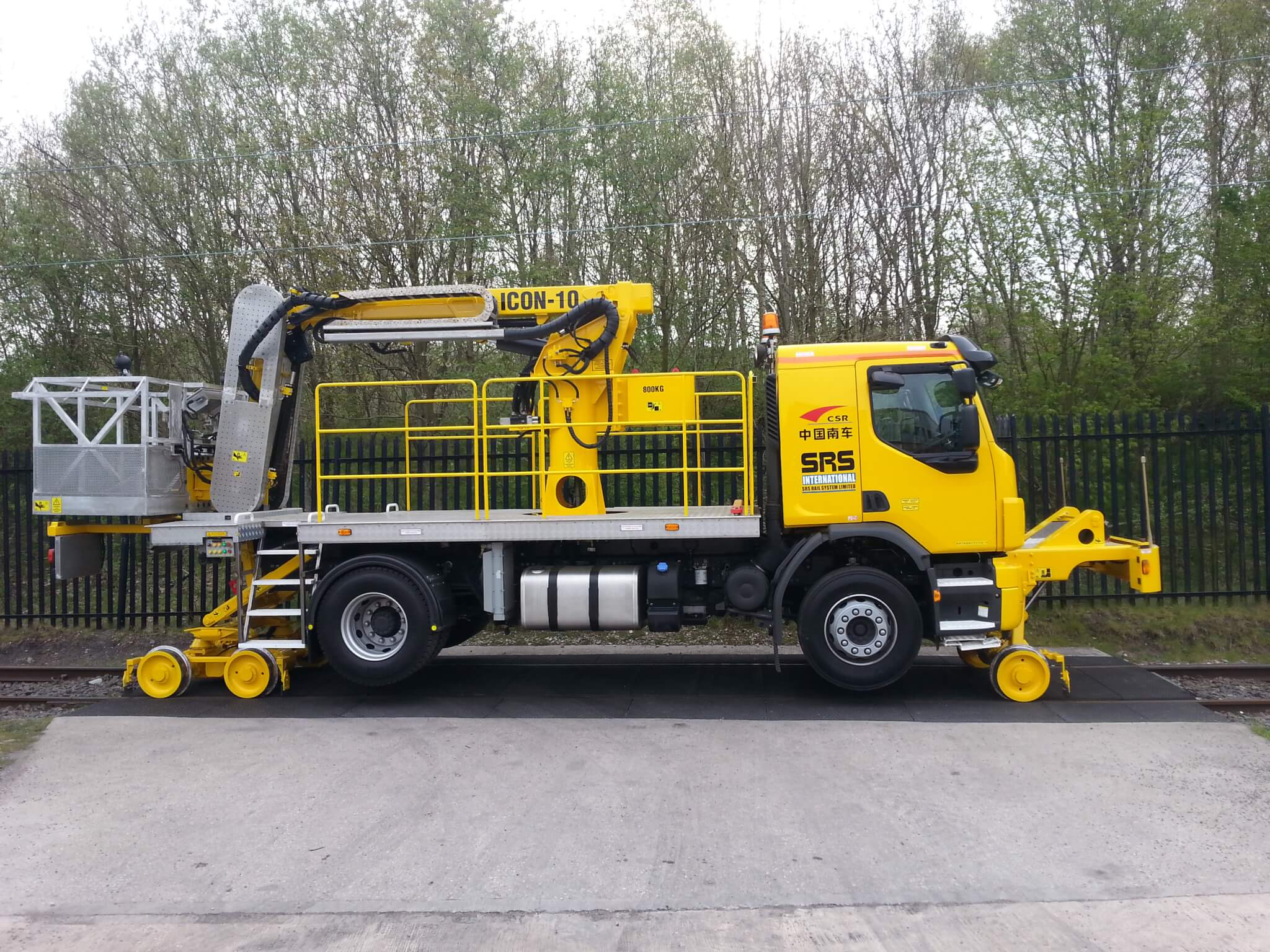 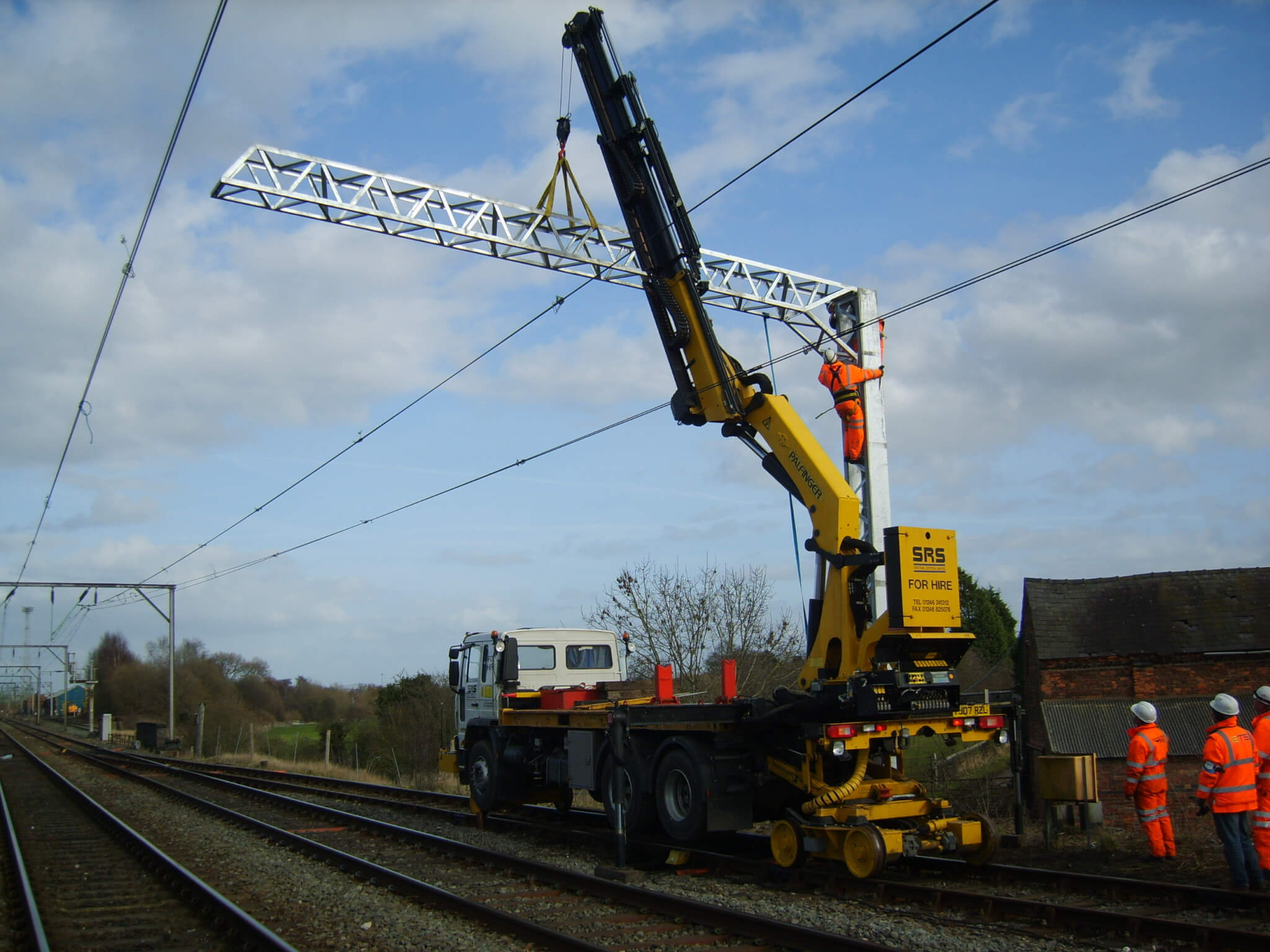 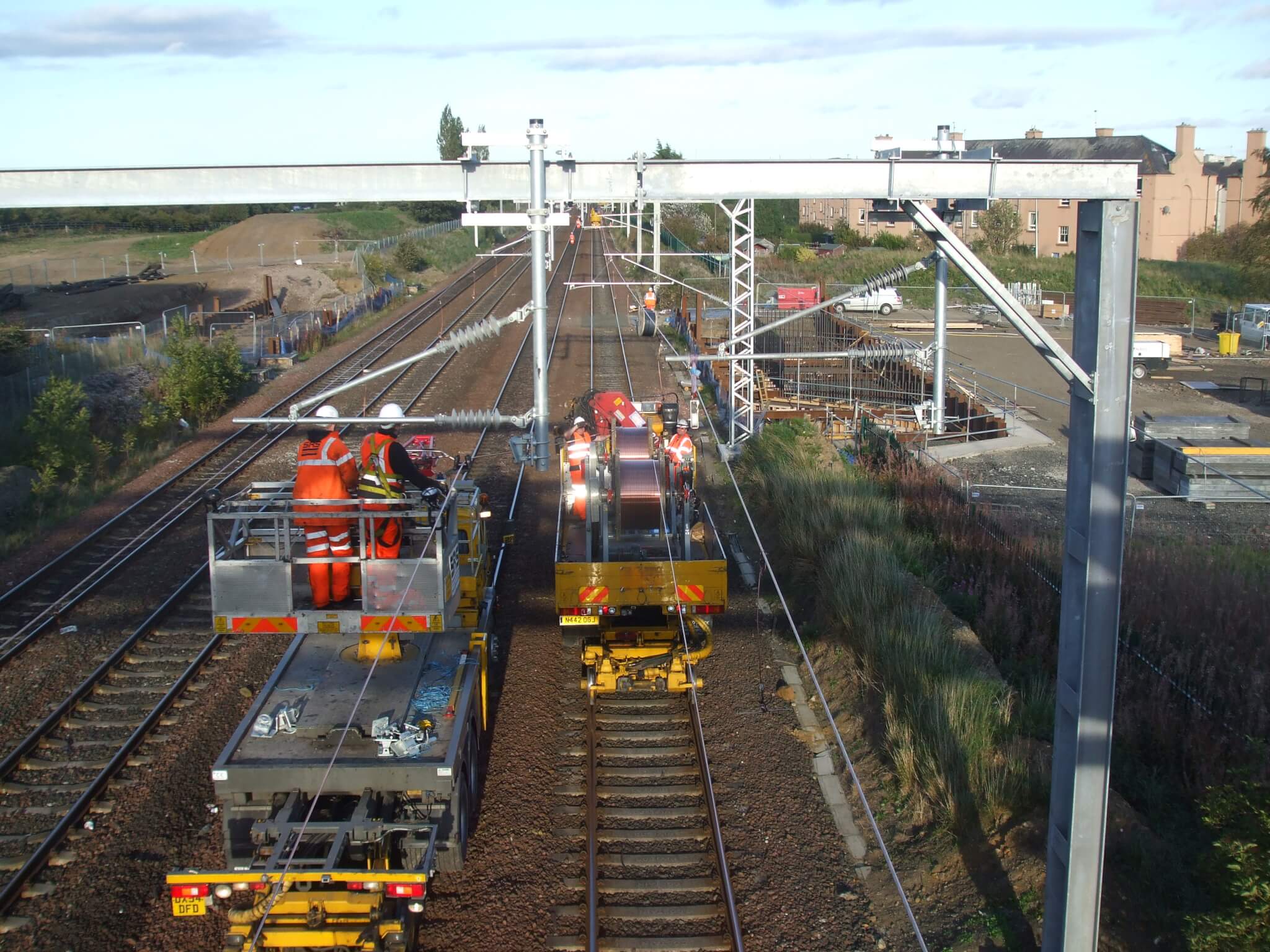 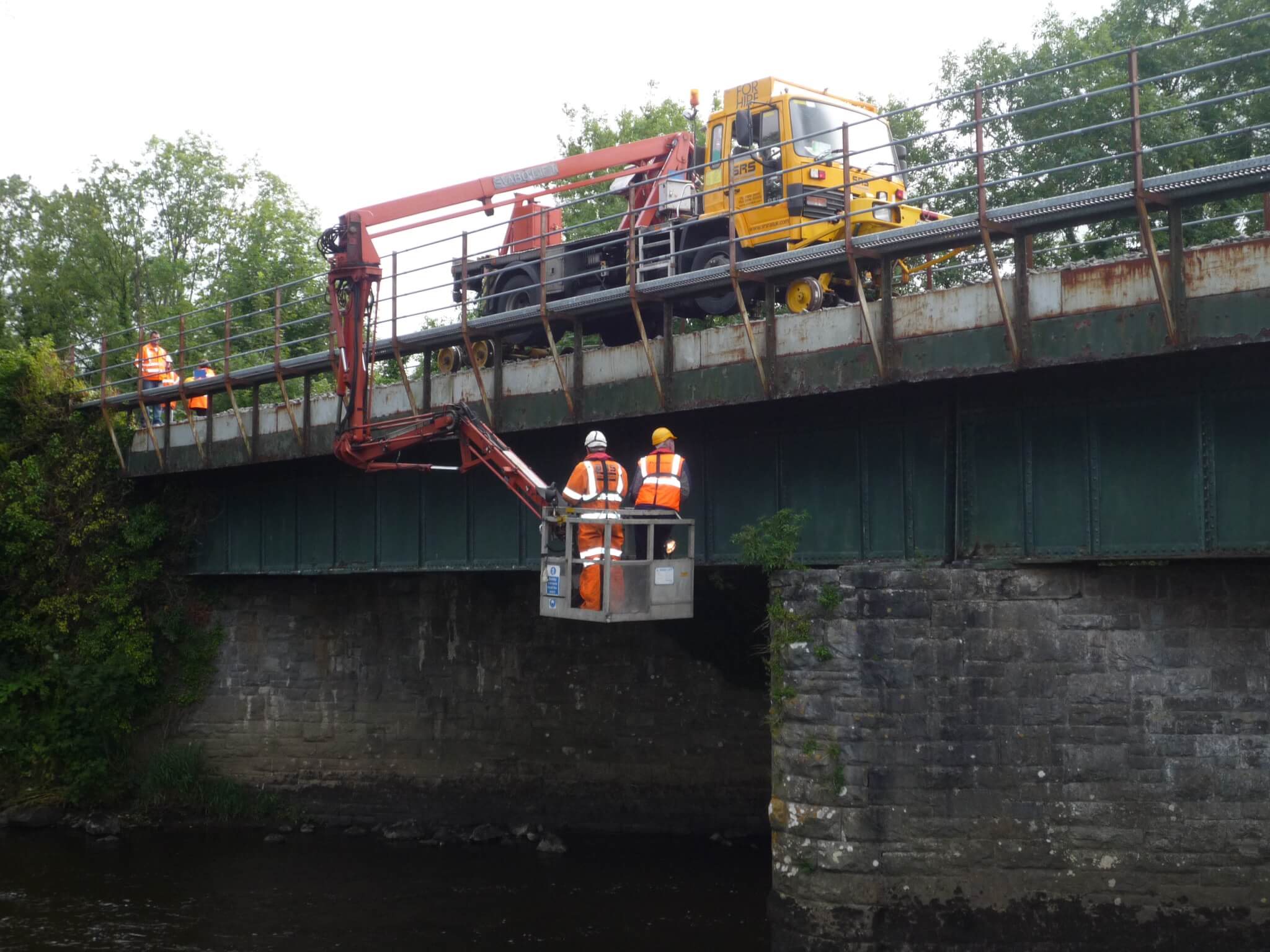 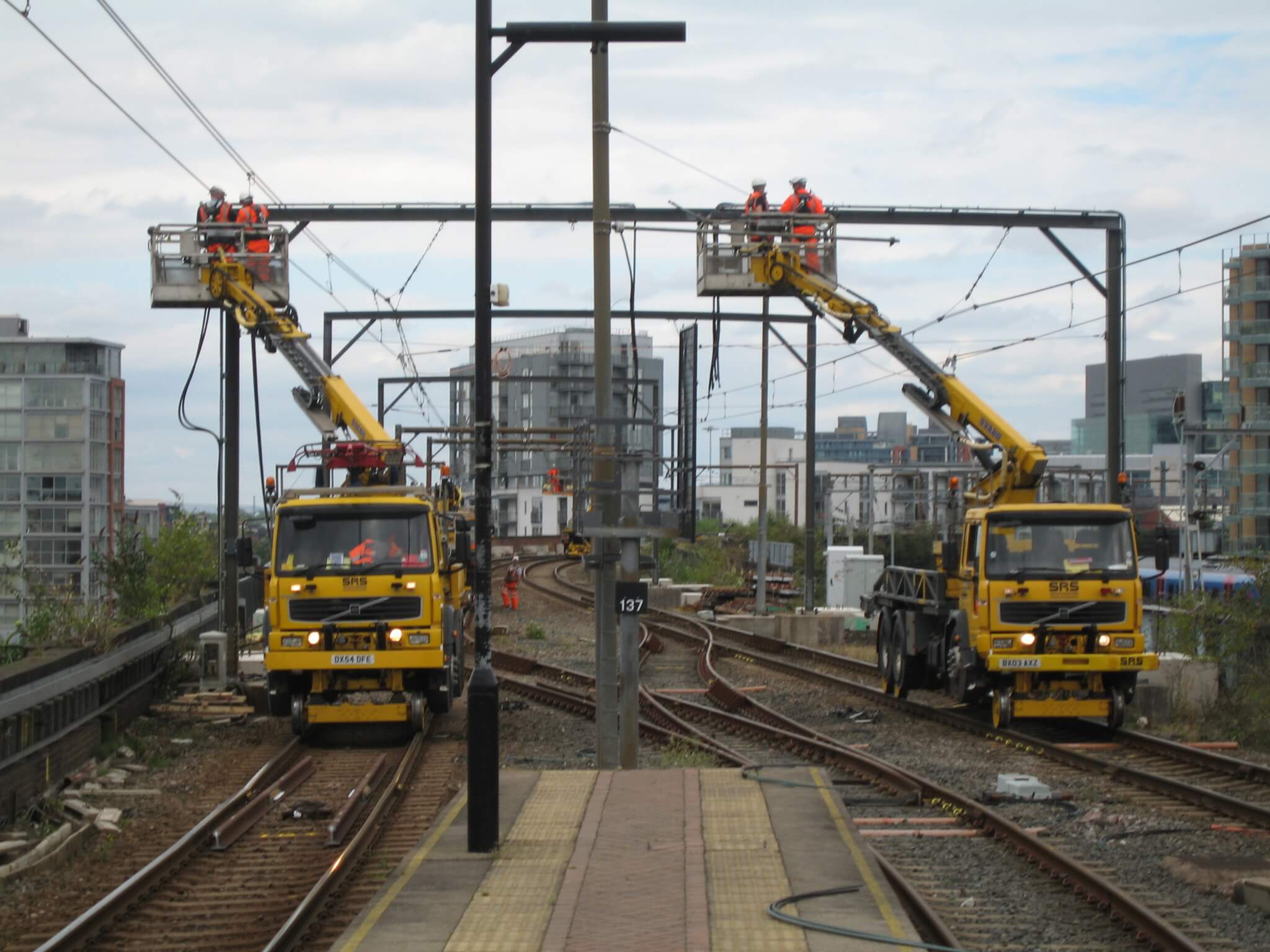 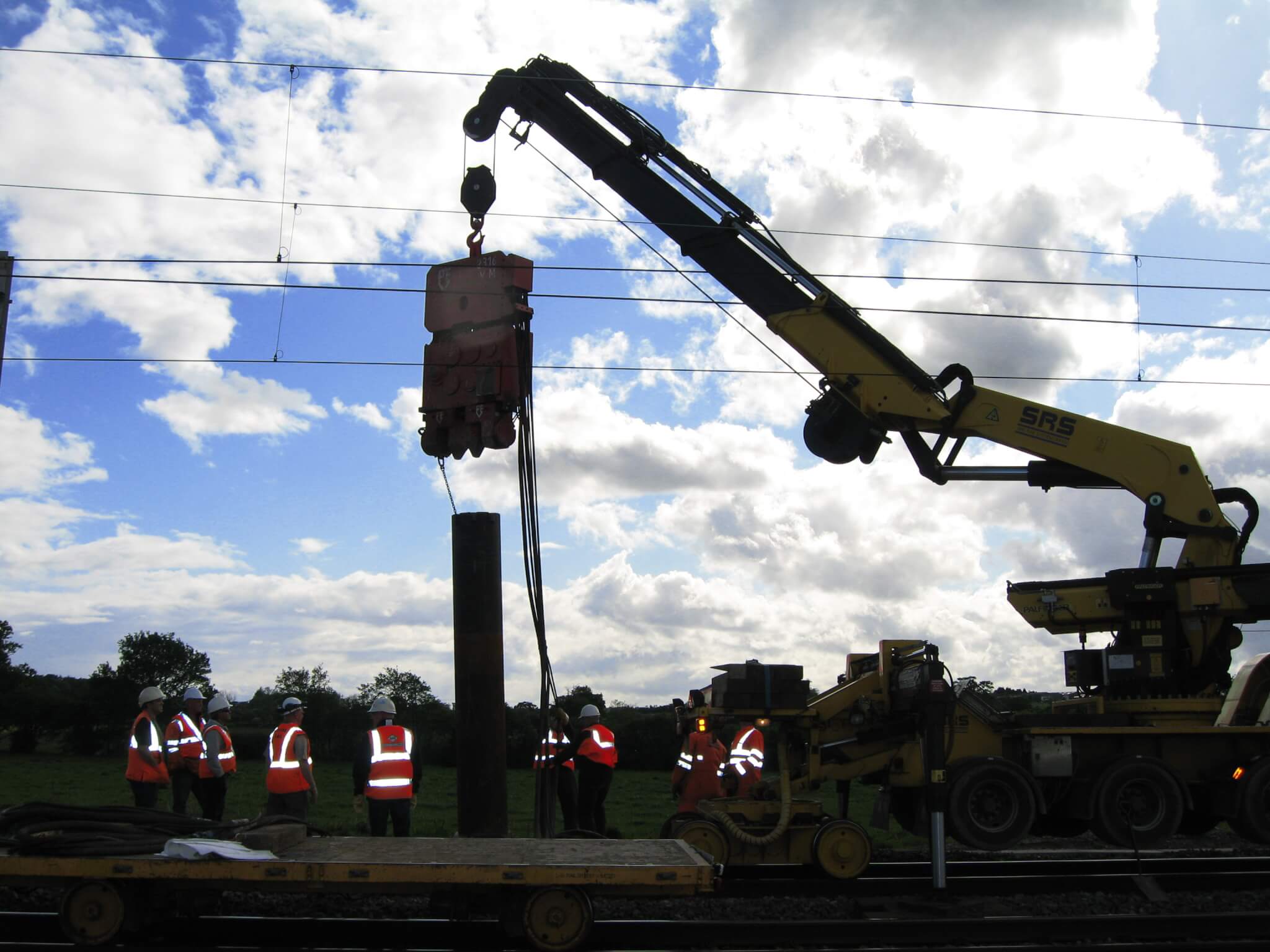 ...had blown from their wagons. At 7am, just 3½ hours later, the SRS articulated road rail vehicle carrying a Palfinger PR750 crane arrived on site.

Renewal of overhead line infrastructure on 650km of the west coast main line. 53 SRS road rail trucks were purchased for this task.

Most of the steelwork for the overhead line equipment was moved to site and lifted into position using two SRS road rail lorries...