The first section of the Regional Express Train (Train Express Régional, or TER) that will link the capital of Dakar to Diamniadio (36 km) will be formally handed over in the presence of His Excellency Macky Sall, President of the Republic of Senegal, on 14 January, as announced when work started in December 2016. Electrical tests were conducted successfully on this section of the TER from 5-9 January 2019. 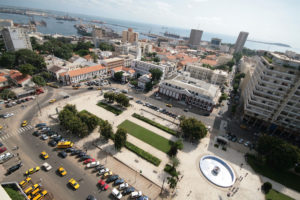 Dakar, Senegal By mostroneddo CC BY 2.0

For this project, ENGIE Ineo (lead contractor) and Thales have mobilised their talent and expertise in the design and construction of rail electrification, revenue collection, signalling, and telecommunication systems, working with APIX (delegated contracting authority for the TER) and a host of project partners.

When both sections are completed in 2020, the Regional Express Train will link Dakar to the new Blaise Diagne International Airport in 45 minutes (14 stations, 55 km of track). This remarkable project will provide Dakar and its suburbs with an ultra-modern transport system featuring the most advanced technologies to ensure the highest levels of safety, reliability, comfort and passenger service. It is part of the Emerging Senegal Plan launched in 2014 to promote the economic and social development of the country, and reflects a commitment by ENGIE and Thales to deliver smart mobility solutions and enable harmonious progress that respects the environment and enables positive human development.

A multi-technology Franco-Senegalese team was put in place to meet this major challenge and provide Senegal with its first rail link equipped with the most high-performance solutions on the market.

World-Class Expertise to A Short Deadline

With this project, ENGIE Ineo and Thales have demonstrated their leadership in the specialist areas of energy and rail systems for which they were chosen.

ENGIE Ineo is conducting all the necessary design and development studies, managing the project and supervising overall integration testing with the TER. The ENGIE Ineo and Thales teams are delivering all the technical systems, which include rail electrification systems for the TER, power rail and station power supplies, passenger Wi-Fi connectivity on the trains and in the stations, the passenger safety systems at the stations as well as providing the European Train Control Systems (ETCS) Level 2, which provides train speed supervision, computer-controlled interlockings, centralised traffic command and control system, axle counters for safe train detection, passenger information system, central ticketing system and gates for each station.

The conditions for completing the project, which crosses the densely populated part of the capital, reflect the know-how of the ENGIE Ineo and Thales teams, who have worked to a particularly short deadline to commission the electrical systems along a significant part of the line, as well as the ancillary equipment needed for the event on 14 January. Working with the design offices in Nantes, Paris and Toulouse, more than 360 personnel were involved, with 252 km of cable laid, 2,700 cu.m. of concrete poured and 2,000 masts installed.

Senegalese engineers and technicians have been an integral part of the project from the design phase, and various local companies have been involved in the work through a skills transfer arrangement.

Positive and constructive teamwork between the many companies involved in the project has also contributed to its success. Everyone was committed to the on-time performance of the various work packages. Coordination with APIX (delegated contracting authority) and Senelec, Senegal’s national electricity company, was particularly efficient.

“We have successfully managed the complexity of this project and designed a latest-generation TER rail link for Senegal, and have appreciated the expertise and engagement of APIX. We will maintain this momentum for the second, 19 km section, which will link Diamniadio to the international airport. We are determined to pursue our growth and contribute to projects in our core areas of expertise, in line with the ENGIE Group’s development strategy.”

“As a leader in rail signalling systems, Thales is applying the full scope of its expertise and potential for innovation to this major TER project for Dakar. We are providing our latest-generation products to ensure optimally efficient operation and the highest levels of safety on this line. Once completed, the TER will link the centre of Dakar to the new Blaise Diagne International Airport in 45 minutes, contributing to the economic and social development of the country.” 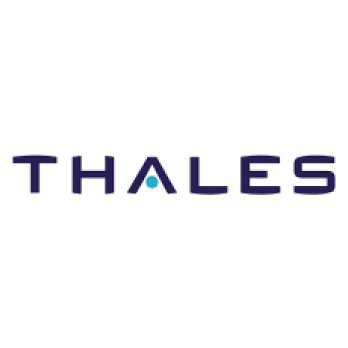 Transport for London have announced that Thales Signalling solutions will b installed on four lines of the London Underground.