The California Department of Transportation (Caltrans) needed to stabilise a steep slope that separates a main section of an interstate and a maintenance station.

A six-metre section at the top of the slope had previously been reinforced with geosynthetic materials. However, due to overland flows, snow loads and poor soil conditions, the unprotected section of the slope developed shallow plane failures that were approximately one metre deep. Caltrans was concerned that the slope would slough, affecting both the interstate and a road used to access the maintenance station. 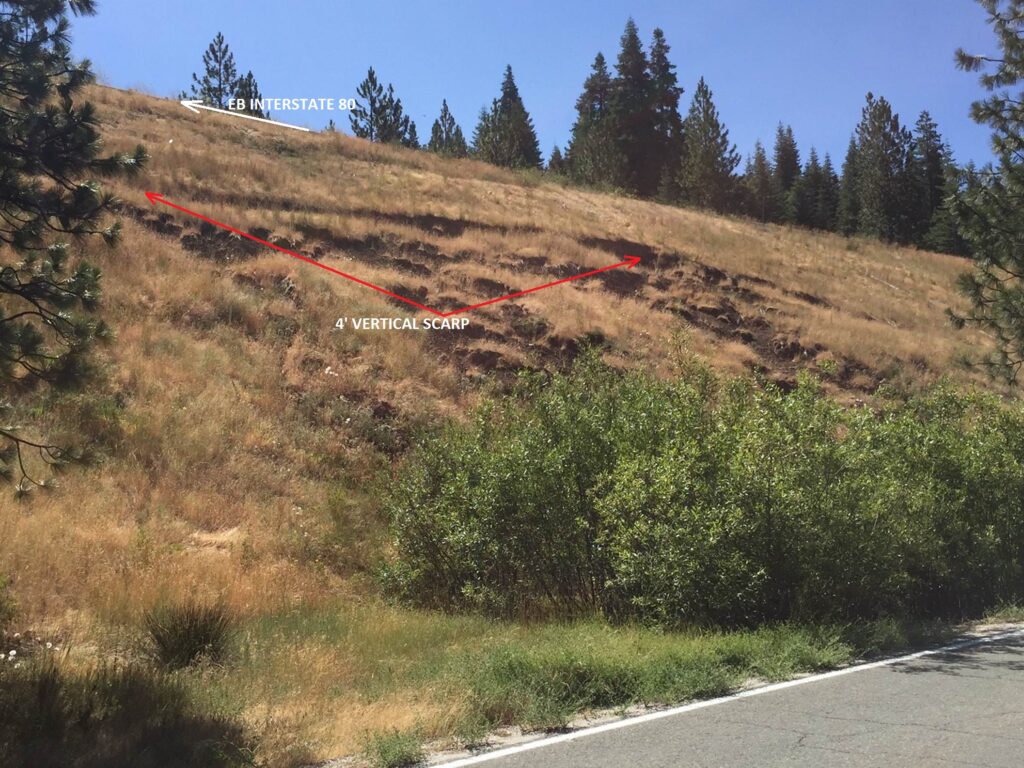 ARMORMAX® Engineered Earth Armoring System was used to stabilise the slope. ARMORMAX consists of PYRAMAT® 75 High Performance Turf Reinforcement Mat (HPTRM) secured with Engineered Earth Anchors to lock soil in place and provide immediate and permanent erosion protection for up to 75 years. For this project, both 1.8 metre and 2.7 metre anchors were used. The anchors are corrosion resistant and designed to provide resistance to shear and lateral forces. 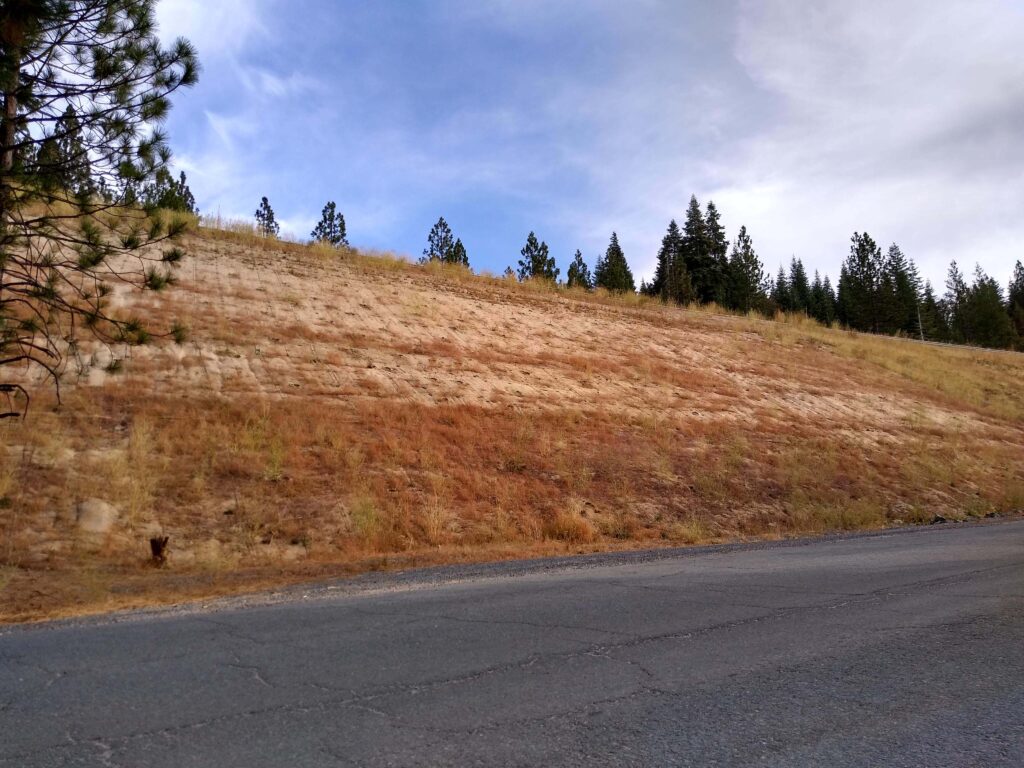 Transportation requirements are a main factor contributing to the difference in carbon footprint. Projects that utilise ARMORMAX require significantly fewer truckloads of material, reducing transportation emissions by up to 95 percent.

While rock is a natural material, its strip mining and crushing for use in engineering projects is often done without regard for environmental impact. ARMORMAX is manufactured in a facility that is ISO 14001 certified. This international certification recognises companies that are actively measuring environmental impact and continuously looking for way to reduce their carbon footprint.

Once installation is complete, ARMORMAX promotes vegetated reinforcement. The system is engineered with a patented trilobal design that locks seeds and soil in place to promote rapid root development for long-term vegetation. This helps to decrease sedimentation and pollutants and encourages infiltration of water back into the ground’s water table. These are two reasons why the Environmental Protection Agency (EPA) has identified systems that utilise HPTRMs like ARMORMAX as a Best Management Practice (BMP) for improving water quality. Conversely, rock does not promote vegetation and offers poor filtering and pollutant remove capabilities.

There are some environments where vegetation is sparse. UV degradation is one of the most common failure mechanisms of permanent vegetated armouring systems, often led by insufficient UV resistance and tensile strength (Koerner et al. 2005, Li and Khanna 2008). UV resistance is reported as a percent of tensile strength retained of a HPTRM after a certain period of accelerated UV exposure when compared to the original tensile strength of the HPTRM. Per ASTM D-4355, the HPTRM component of ARMORMAX has 90 percent retention at 3,000 hours and 6,000 hours. This is six times greater than the UV protection provided by conventional turf reinforcement mats, making it ideal for environments with little to no vegetation. 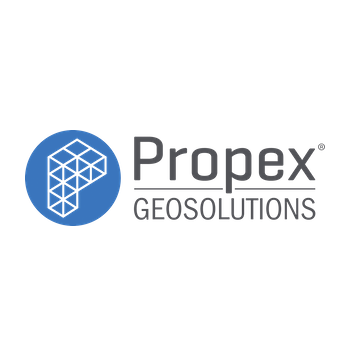 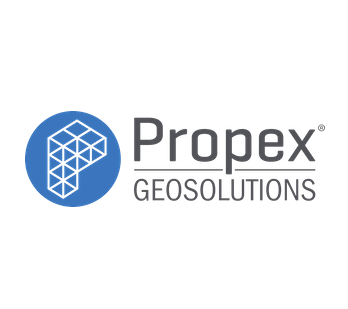 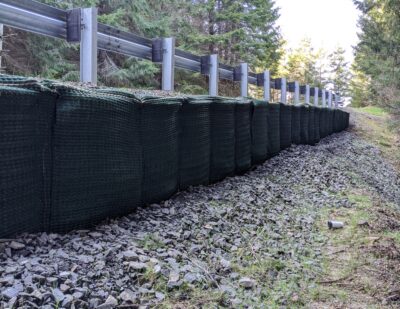 Stabilising slopes and landscapes that are adjacent to railways is essential for protecting the performance life of the railway system. 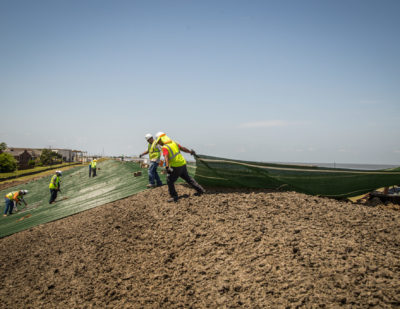 Propex GeoSolutions Is Hitting the Refresh Button in 2021

Propex GeoSolutions kicked-off 2021 with the launch of its new corporate website. Visitors to PropexGlobal.com will now find a new look and upgraded customer... 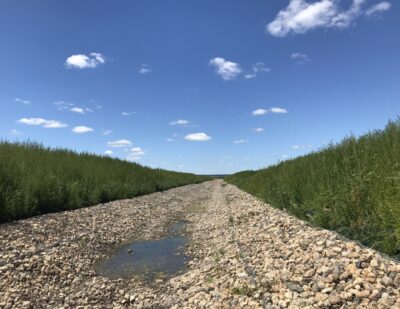 Propex GeoSolutions used its ARMORMAX technology to protect a drainage channel in Reinland, Manitoba to prevent flooding and degradation. 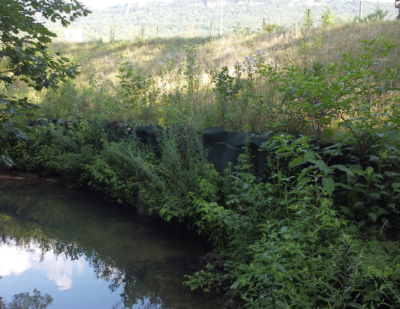 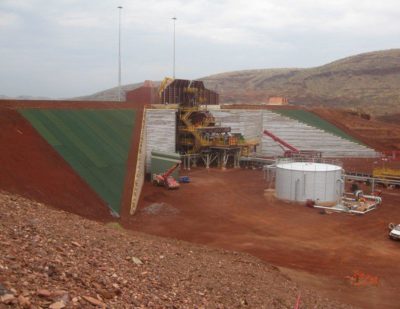 Use the form opposite to get in touch with Propex GeoSolutions directly to discuss any requirements you might have.