PALFINGER Results for First Half of 2020: Strong Despite a Crisis-Hit Half Year

The COVID-19 pandemic and the global recession directly impact the 2020 half-year revenue of PALFINGER AG. April and May especially were characterized by supply chain disruptions, national lockdowns and plant closures. A slight recovery was seen from June onwards.

“PALFINGER quickly and efficiently implemented measures to optimize liquidity, maintain supply chains and ensure the health of its workforce. In an extremely uncertain market environment with low visibility we have given our employees, partners and customers maximum stability and reliability.”

The COVID-19 Task Force set up at the end of February carried out a total of 220 measures for proactive management in three work packages: Health and Safety, Production and Operations Management, and Liquidity Optimization.

“We dealt with this stage of the crisis successfully and enter the second half of the year on a solid footing.”

Revenue of PALFINGER AG amounted to EUR 729.8 million in the first half of 2020 against EUR 893.4 million for the same period in the previous year. This represents a drop of EUR 163.6 million, or 18.3 percent.
EBITDA fell by 29 percent compared with the first half of 2019, to EUR 84.8 million. In that period, operating income (EBIT) had reached EUR 83.3 million, but this year that figure fell to EUR 38.7 million.
Thanks in part to postponement of the dividend payout, equity increased to EUR 622.9 million (first half-year 2019: 589.6 million). To optimize liquidity, current liabilities were converted to non-current liabilities, and additional committed lines of credit were added. Non-current liabilities rose to EUR 612.5 million in 2020 (first half of 2019: EUR 574.6 million). Current liabilities fell year-on-year from EUR 481.9 million to EUR 368.6 million. The equity ratio increased disproportionately from 35.8 percent in the corresponding period of the previous year to 38.8 percent. The consolidated net result amounts to EUR 15.1 million compared with EUR 43.6 million in the first half of 2019.

The actions taken to counter the effects of the crisis and the structural reforms at PALFINGER have proved successful: they will continue in the second half-year. Klauser is also optimistic about the economy: “Markets are stabilizing, visibility is improving. The recovering European economy increases demand: The order book of PALFINGER AG is now pretty much as it was at the end of 2019. Provided there are no further external shocks, management is aiming for revenue of EUR 1.5 billion overall in 2020,” Klauser explains.

Read the online version of the report on the first half of 2020 here. 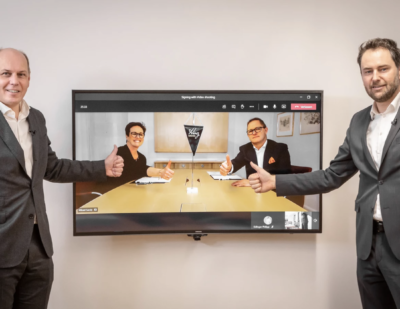 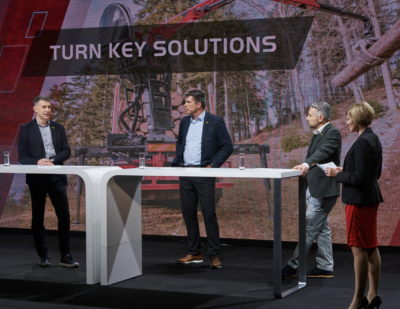 Experience solutions, take part in discussions, ask questions, give ratings - all this and much more was possible on PALFINGER’s World Tour. 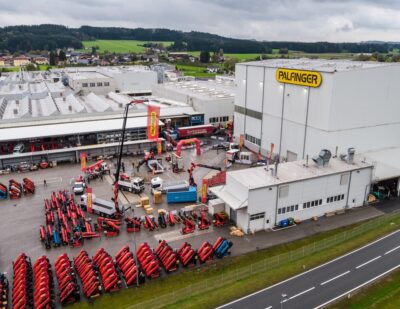 Start of the PALFINGER World Tour

This three-day event will see experts discuss challenges live and interactively at PALFINGER World and present current and future solutions. 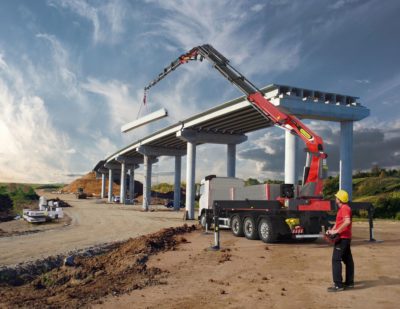 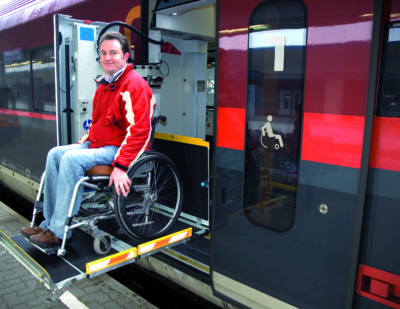 Palfinger developed wheelchair lifts for the modernization of DB regional trains. In total 70 vehicles will have Trainlifts installed.

Use the form opposite to get in touch with PALFINGER directly to discuss any requirements you might have.