Rail maintenance equipment specialist, Mechan, is embarking on a charity mission to celebrate its 50th anniversary.

The Sheffield-based manufacturer has pledged to raise at least £5,000 for the city’s Children’s Hospital to mark this milestone in its development. 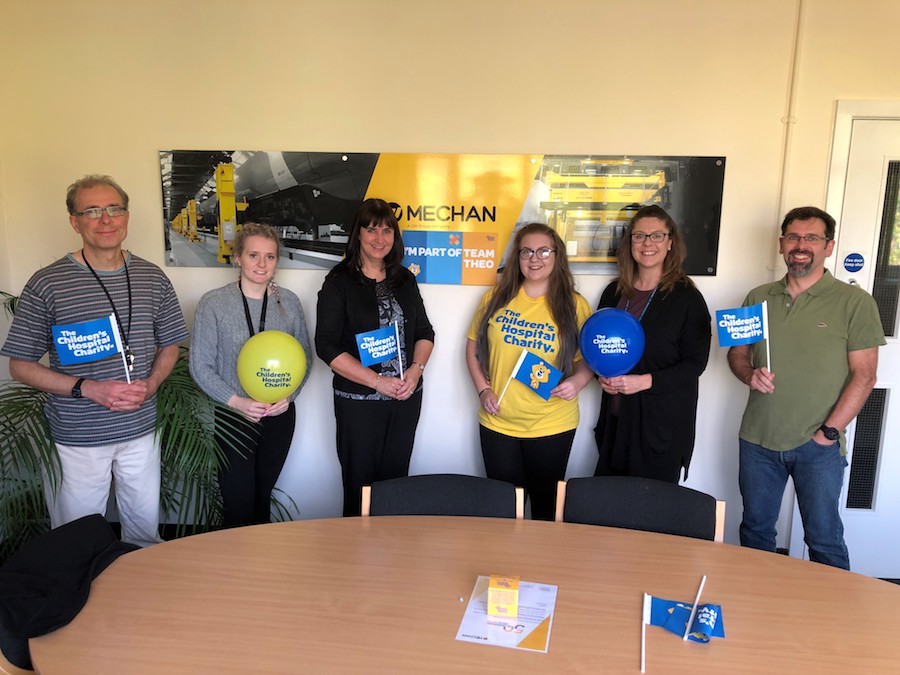 Mechan’s close-knit team will be undertaking a range of fundraising endeavours in the run up to its official anniversary in February, which kicked off with a lunchtime treat cooked by finance director, Zahir Altaf.

A sponsorship page has been set up (https://uk.virginmoneygiving.com/MechanLimited) and the firm is inviting donations from suppliers, clients and colleagues at its parent companies, CIM Group and CMI Services. The money raised will be handed over to Sheffield Children’s Hospital Charity prior to Mechan’s anniversary dinner.

“We are very proud to have reached our half century and want to mark this special occasion by giving back to the community that has supported us throughout this time. Sheffield’s Children’s Hospital is a very special facility that our city is privileged to benefit from and I am sure it will strike a chord with staff and local suppliers, many of whom will have needed its services at some point.”

Established in 1969 to supply Sheffield’s traditional manufacturing industries, Mechan now serves the rail sector almost exclusively, specialising in lifting and handling products for the maintenance of trams, trains and freight vehicles. It was bought by France’s CIM Group early in 2017, which subsequently became part of global infrastructure experts, CMI, at the end of the year.

FOR ALL THE LATEST INFORMATION, NEWS, IMAGES, VIDEOS AND DOCUMENTS FROM MECHAN, PLEASE CLICK HERE.

Sheffield-based Mechan has delivered a 130-tonne bespoke traverser and set of 12 lifting jacks to the Network Rail facility.

Mechan, the lifting and handling specialist, has installed a brand-new jib crane at the main doors of the Kirkdale depot in Liverpool.

The Sheffield-based manufacturer has launched a new turntable design, following 18 months’ research and development into ways to overcome...

Mechan Celebrates Half a Century

The Sheffield manufacturer handed over the proceeds of its fundraising to the city’s Children’s Hospital at a recent open day to mark its...

Mechan at Railtex: Best of Europe at UK Rail Show

Rail depot maintenance specialist Mechan will add a continental feel to Railtex, showcasing its expertise alongside its European partners.

Our original bogie drop is still working reliably and efficiently and it is a huge endorsement of our build quality that Colas Rail requested a replica.

Sheffield manufacturer, Mechan, has donated £5,000 to the city’s Children’s Hospital to kick off its 50th anniversary celebrations. The rail depot...

Trains running on London’s eagerly anticipated Elizabeth Line will spend more time in service and less in the depot, thanks to rail maintenance equipment spec...

Sheffield manufacturer, Mechan, has retained its Investors in People accreditation, after being described as having a “strong purpose and vision to be recogni...

The depot maintenance specialist has supplied a bogie press and a set of lifting jacks to the National College for High Speed Rail in Doncaster. Working with th...

Works supervisor, Pete Bates, from Birdwell in Barnsley, will be completing his final day at the Sheffield-based manufacturer on May 18, after joining the firm ...

Rail lifting jacks produced by Sheffield manufacturer, Mechan, have been identified as the most efficient way to carry out major refurbishment to...

Rail depot equipment manufacturer, Mechan, is returning to this year’s Railtex exhibition in May to introduce industry colleagues to its new owners...

Sheffield-based Mechan continues to be a key equipment manufacturer and supplier to Manchester’s home of high speed trains, the Longsight Traincare Centre.

A trio of cranes built by Mechan is standing sentry at Northern Rail’s Allerton depot, following a £23 million project to increase its capacity.

Mechan obtains two orders from the Rail Innovation Development Centre, where the new high speed IEP trains are being trialled in Leicestershire.

Mechan depot maintenance equipment contract: the Sheffield-based firm will deliver its equipment to Crossrail, now known as the Elizabeth Line.

Image courtesy of Hitachi Rail Europe Heavy lifting specialist, Mechan, might work across the world, but the Sheffield-based manufacturer had to look no fur...

FOCUS ON YOUNG TALENT AIDS MECHAN BID TO BE BEST

Sheffield-based Mechan has “a strong purpose and mission to be the best in the industry in which it operates” according to independent assessment by Inv...

Use the form opposite to get in touch with Mechan directly to discuss any requirements you might have.