The Ceneri Base Tunnel is scheduled to become operational at the end of 2020 and it is the third largest railway tunnel project in Switzerland after the Gotthard and the Lötschberg Base Tunnels.

Work on the Ceneri Base Tunnel is on schedule and in total, almost 90 percent of the railway infrastructure systems have been installed. The preparations for test operation are also proceeding at full speed. Since the Gotthard Base Tunnel is in use, it is only by finishing the Ceneri Base Tunnel that the New Railway Link through the Alps (NRLA), the continuous flat railway that will link Northern and Southern Europe with a High Speed/High Capacity line, can be completed. 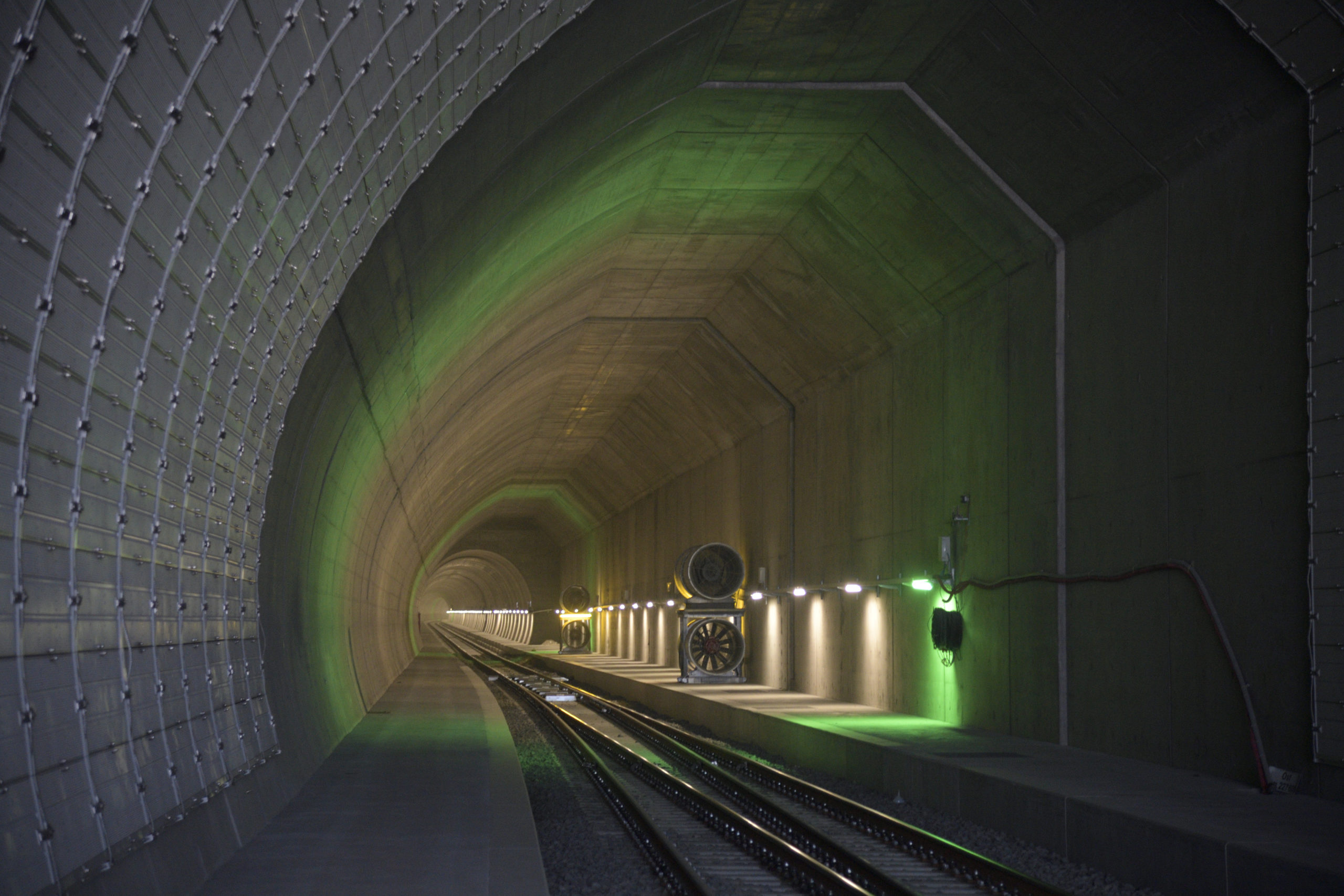 North portal of the Ceneri Base Tunnel
© AlpTransit Gotthard AG

It is of strategic importance, not only because it is part of the NRLA, but also because of the part it has to play in its regional railway links; at the request of the canton of Ticino, to serve regional traffic, the Locarno – Lugano will be implemented and it will reduce travelling time from Lugano to Locarno by one third from 55 to just 22 minutes.

AMC Consortium’s work on the railway technology batches includes the design, development, building, delivery and laying of the track on concrete and ballast.

Like the Gotthard Base Tunnel, the Ceneri Base Tunnel also consists of two single-track tubes around 40 metres apart, which are linked to each other every 325 metres by cross-passages. Because of the tunnel’s shorter length, no track crossovers or multifunction stations are needed. The entire Ceneri tunnel system extends for 39.8 kilometres. It has a maximum longitudinal gradient of approximately 8% from the lowest point at Camorino.

To link the Ceneri Base Tunnel with the existing railway lines, various structures were built at the Camerino hub, including a new four-lane bridge over the A2 motorway and two single- track railway viaducts over the four-lane cantonal road.

Superstructure work on the Ceneri Base Tunnel and the new above ground routes to the north of Vigana began July 2017. The railways superstructure for the two tunnel bores (except for a small first section at both portals) was implemented on a concrete platform and LVT (Low Vibration Track) blocks, as already used on the Gotthard Base Tunnel. North of Vigana, on the other hand, the superstructure for two single-track viaducts over the A2 motorway and the Lugano-Locarno spur line link (above ground sections), will proceed with the laying of tracks on a ballast railbed.

The Technology Batch are following and equipping the Ceneri tunnel with all the necessary utilities (contact line, power, telecommunications and radio, fire protection and ventilation) and finally, testing.

The Ceneri Base Tunnel is due to be opened and operational in 2020.

The Blend MXO8 mixer was designed for the realisation of the Monte Ceneri Tunnel. Once finished (in 2020), this tunnel will reduce the travel time from Milan to Zurigo by about 1 hour 15 minutes. 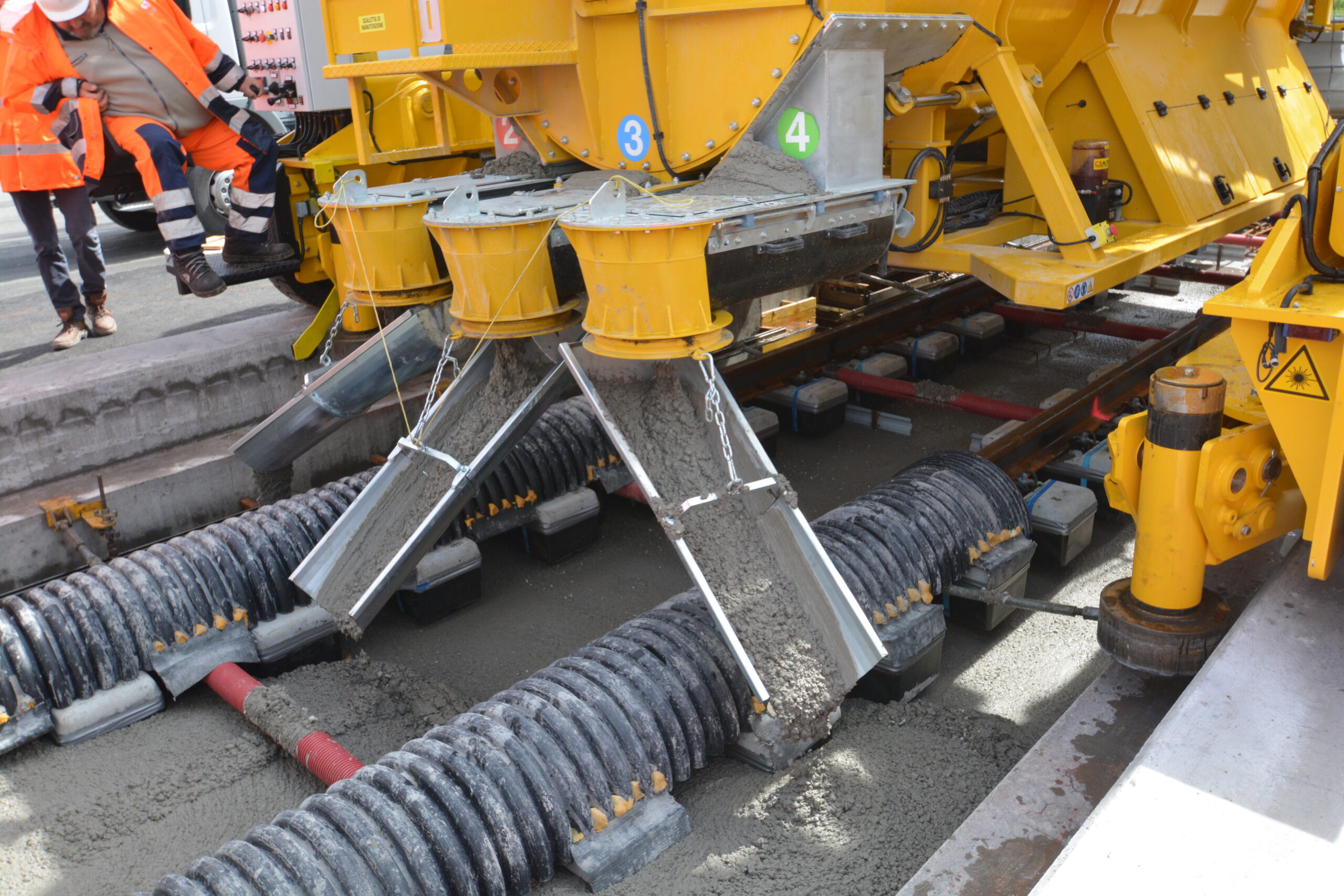 The Blend MXO8 was used to cast concrete
© Blend Plants

This is an important project for all of Europe: delays are not allowed! High quality execution is required! Monte Ceneri tunnel needs to have 2 tunnels of 15,4Km each: n.6 Blend MXO8 was used to cast concrete.

The first test was performed on 28th April 2017. It was used successfully until the end of the project to pour and level the slab track between the rails.

This article was originally published by Blend Plants in 2019. 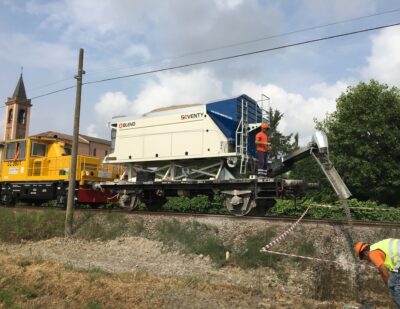 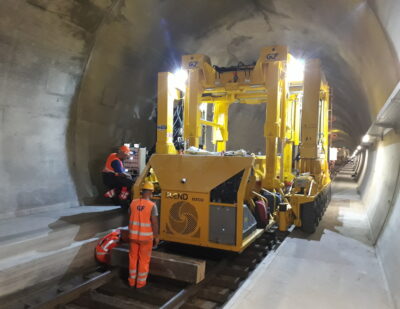 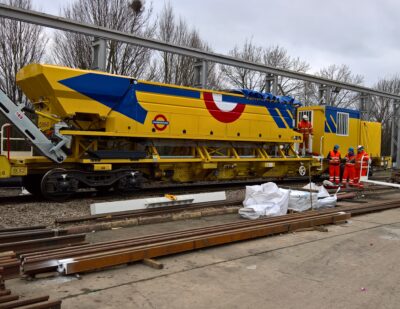 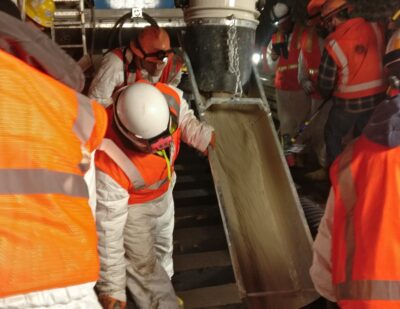