Geotextiles and Geocomposites for the Rail Industry

Geofabrics is a specialist manufacturer of geotextiles and geocomposites for the rail industry. From our manufacturing plant in Leeds UK, Geofabrics has supplied the rail industry with class-leading solutions for over 30 years. Working directly with track engineers we have developed a range of geosynthetics for below track, in addition to this we also incorporate geosynthetics into the surrounding infrastructure.

Geofabrics has developed a broad spectrum of tailor engineered products that are specifically manufactured to address the problematic ground conditions that exist beneath track. Our specialist geosynthetics have been proven to enhance trackbed performance and significantly extend maintenance intervals.

Our geotextiles have been proven to enhance the performance of existing track bed layers and are often effective as filter/separators when used between non-cohesive soils where the filter function is to allow the passage of water and to separate fines.

RK1 is Geofabrics’ standard separation and filtration geotextile range for use between the track ballast and a sand layer or granular subgrade. Extensive and continual testing and development has demonstrated its mechanical strength and hydraulic properties are particularly suited to provide long service life under dynamic loading conditions. For particularly harsh conditions requiring a stronger product we recommend our RK9 Robust separator.

When track needs to be constructed over soft subgrade with a poor load bearing capacity the use of large aperture geogrid is proven to reduce ballast settlement and maintain track geometry.

Geofabrics RK4 geocomposite combines the filtration performance of RK1 with large aperture geogrids for optimal performance and improved installation times. The high elongation of the RK1 ensures that the ballast can interlock with the geogrid, preventing lateral movement and thereby reducing settlement.

Geofabrics RK4 geocomposite laid on the base of the railway ballast, constrains the aggregate by laterally confining it, and creating the necessary tensile forces. The aggregate’s thickness may therefore be reduced to give cost savings.

TrackTex® is a patented geocomposite and the result of over a decade of research by trackbed engineers. Its unique filter system improves trackbed quality over time and has been proven to significantly increase maintenance intervals. The use of TrackTex® is the most cost-effective way of preventing and correcting mud pumping failure.

TrackTex has been used in live rail since 2010, providing significant maintenance savings to rail operators and contractors alike. So far, more than ½ million m² of TrackTex have been installed in tracks within Europe, Australia, and the USA. TrackTex is a proven solution to mud-pumping in ballasted trackbed and has provided a significant reduction in trackbed maintenance.

TrackTex anti-pumping geocomposite is shown to increase trackbed maintenance intervals due to pumping failure by more than 25 times, providing significant savings over any available alternative.

Find out more about TrackTex.

CuTex can provide protection from invasive weeds and plants, particularly Japanese knotweed. Japanese knotweed has a negative impact on environments such as utilities’ infrastructures and foundations, across a wide range of industries including construction, highways, rail, and water.

Geofabrics HPS-C geotextiles have been developed for use as filter/separators in hydraulic defence structures: they are placed on lower permeability beach materials to prevent the escape of fine particles while permitting the free passage of water. HPS-C provides a stable and consistent bedding layer, often negating the need for one or more layers of armour stone, resulting in huge cost savings.

Geofabrics HPS-C geotextiles are used as a value-engineered alternative to traditional underlayers and provide benefits for toe design. Our HPS-C range has been designed to resist critical construction loads with high strength and high elongation to prevent damage and can often be installed without the need for a smaller granular layer. 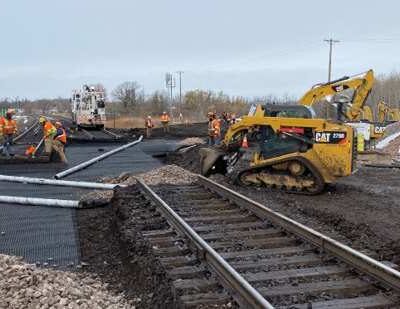 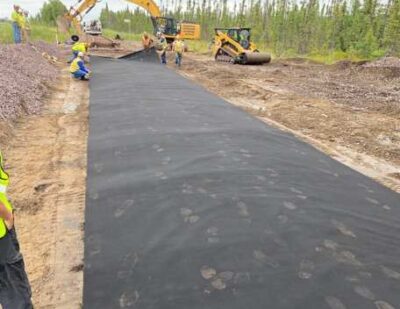 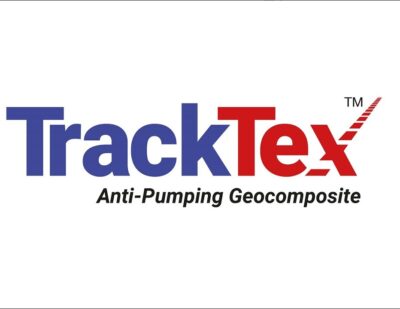 TrackTex – The Solution to Mud Pumping 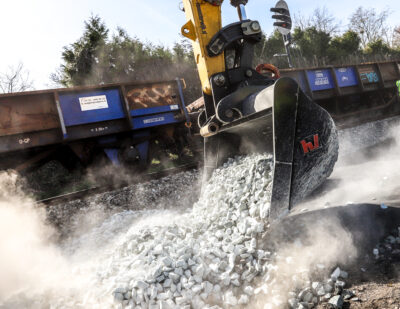 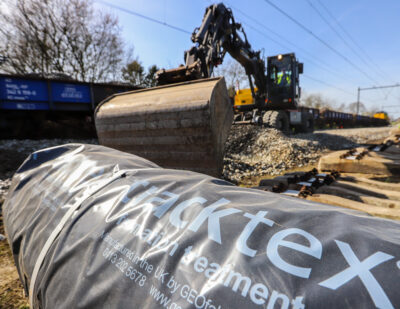 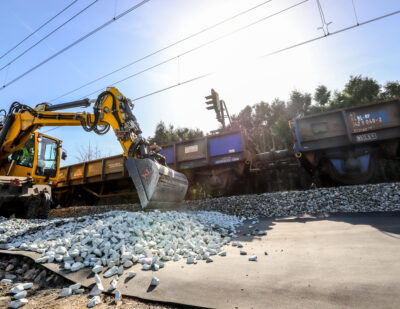 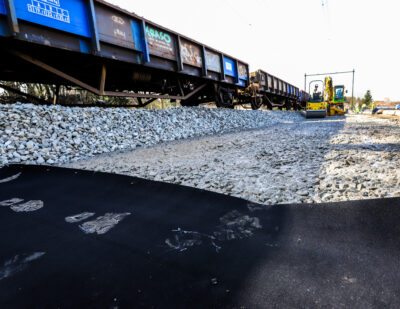 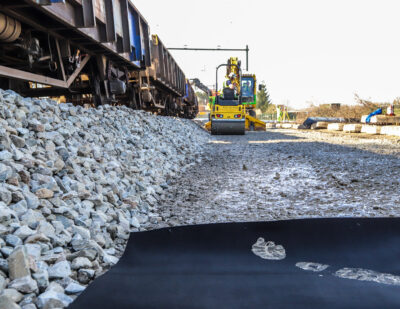 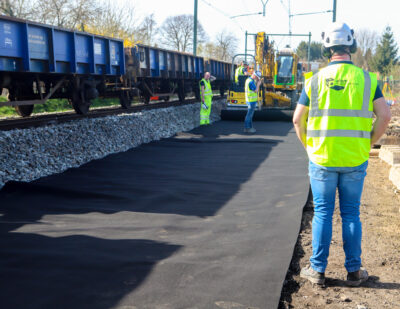 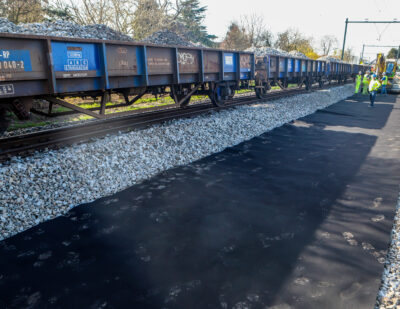 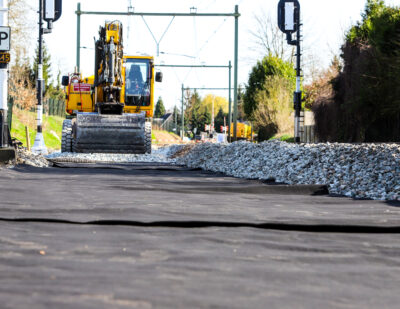 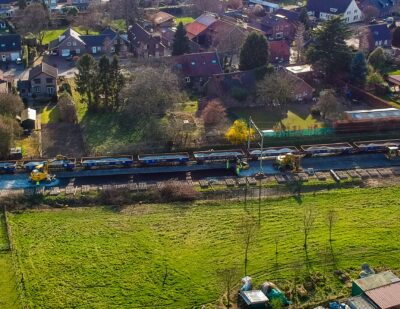 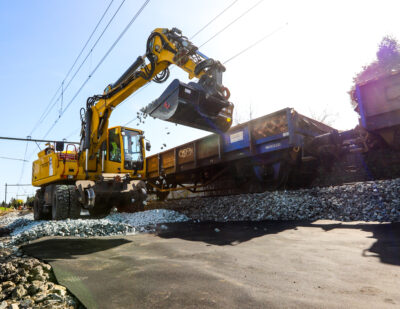 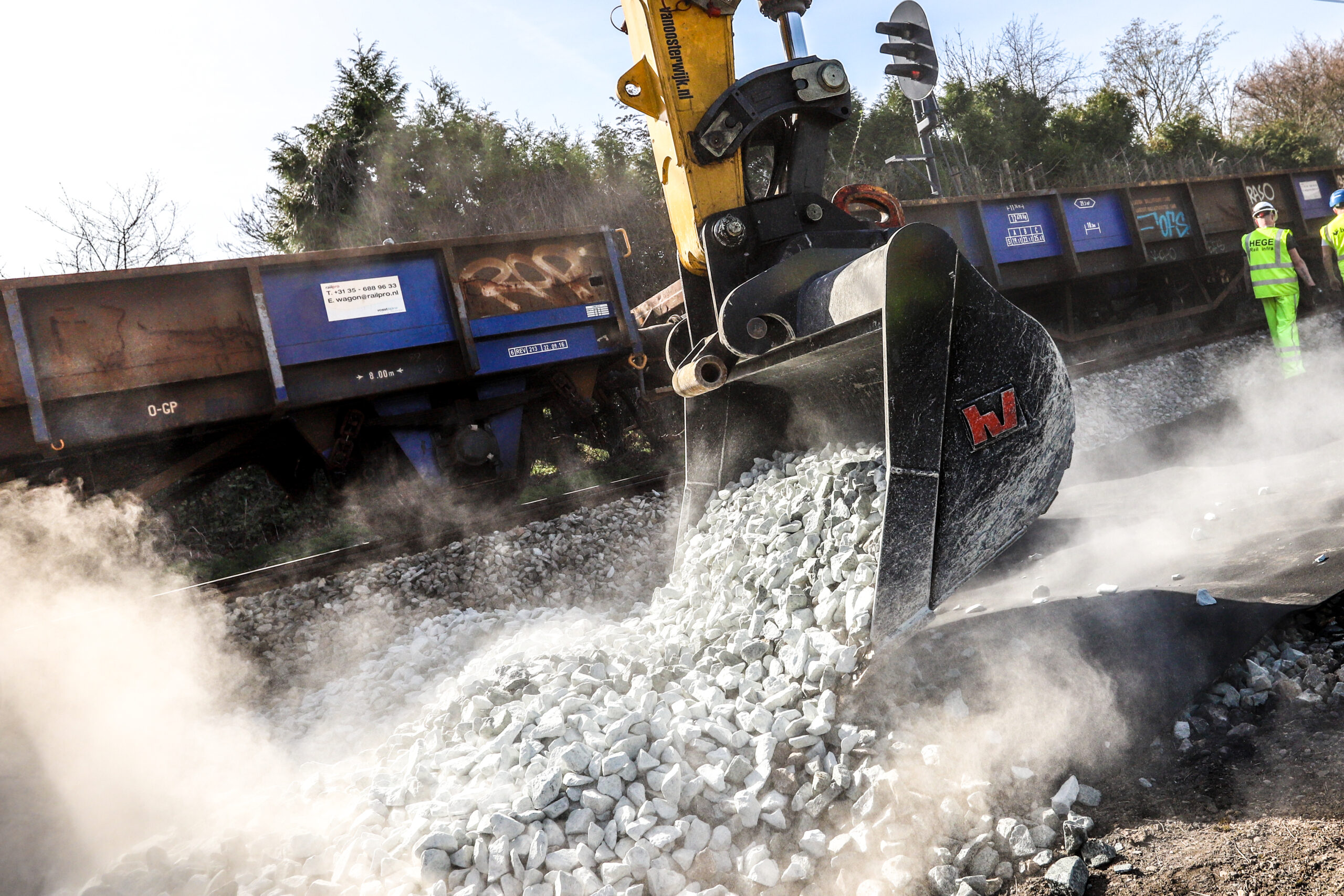 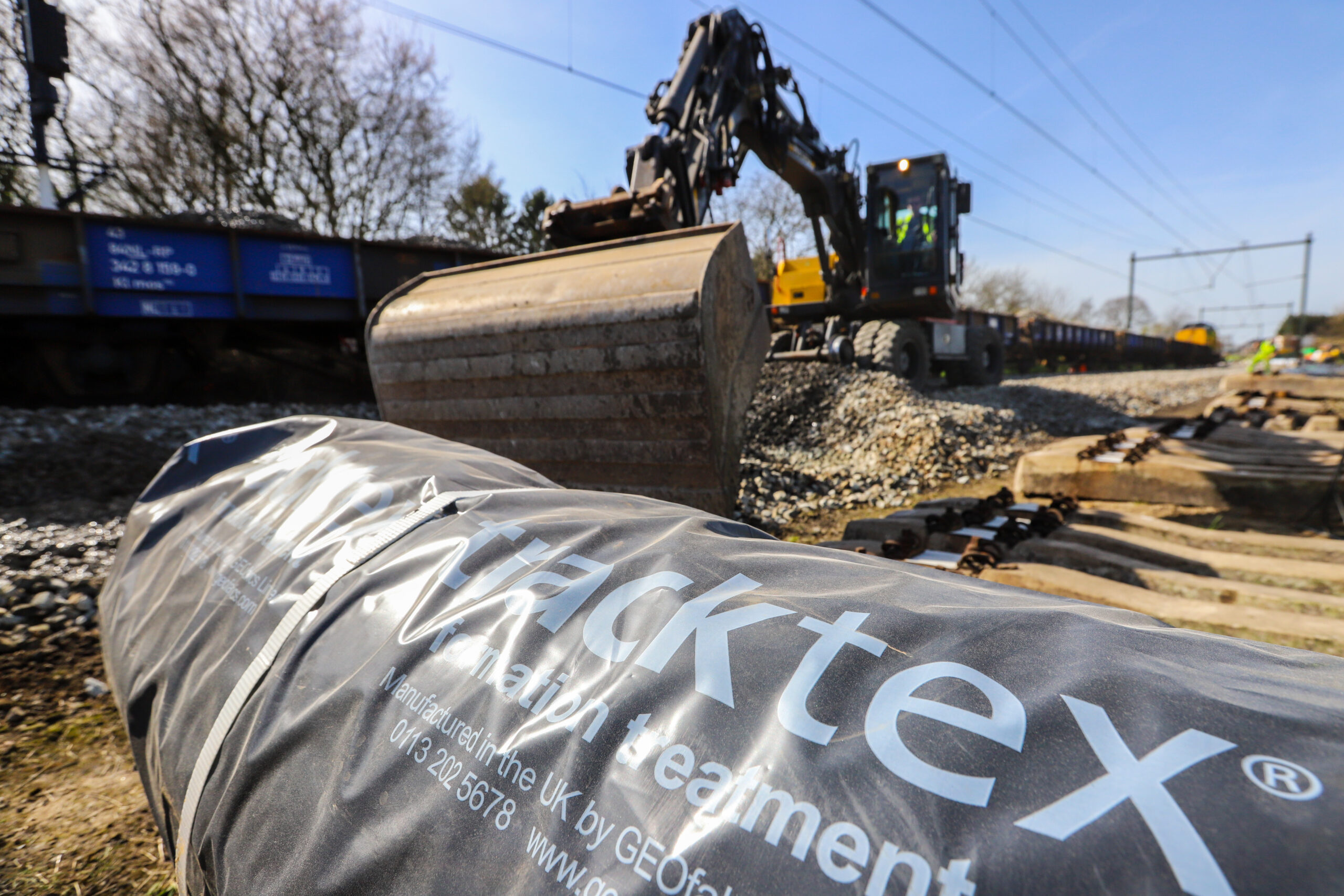 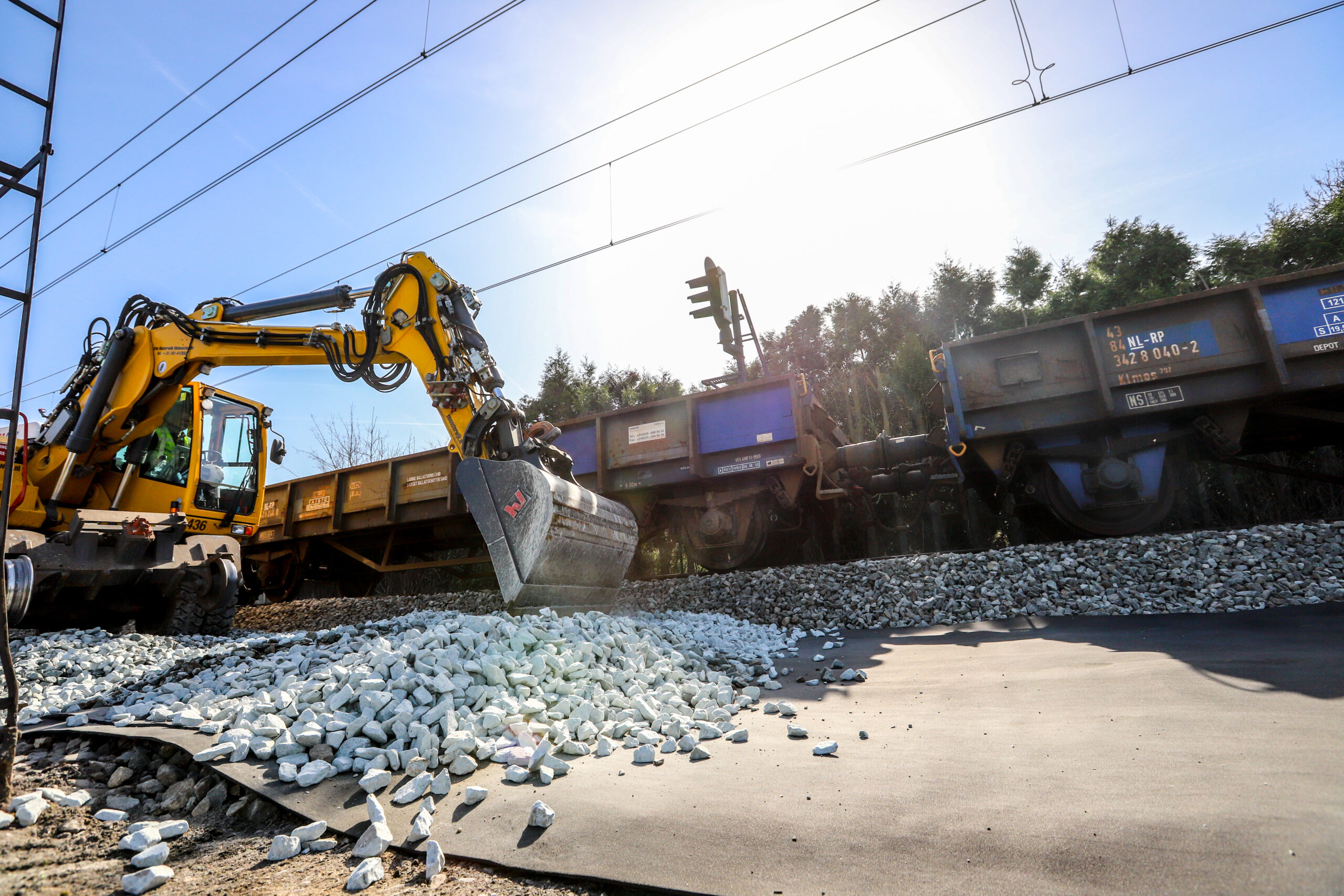 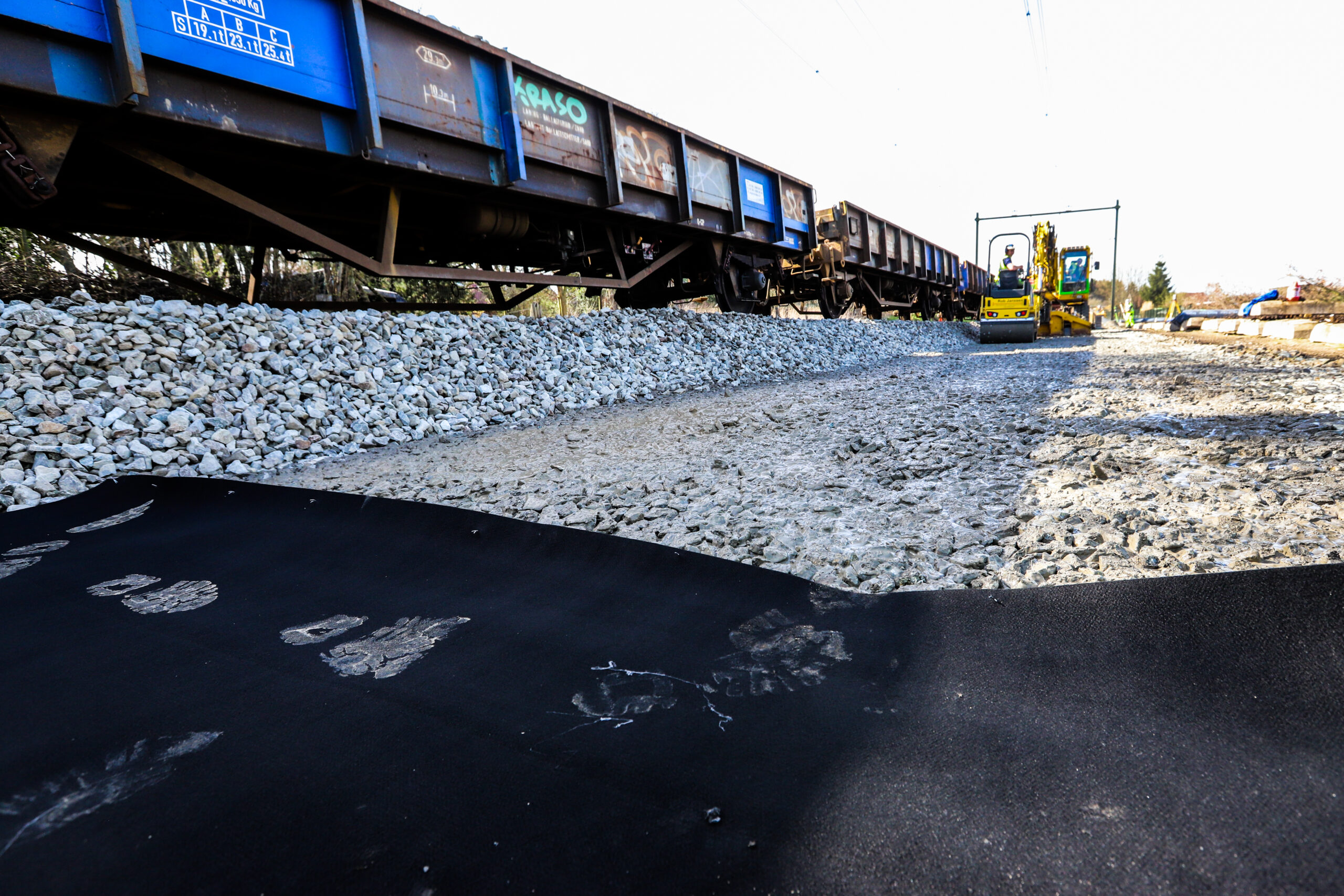 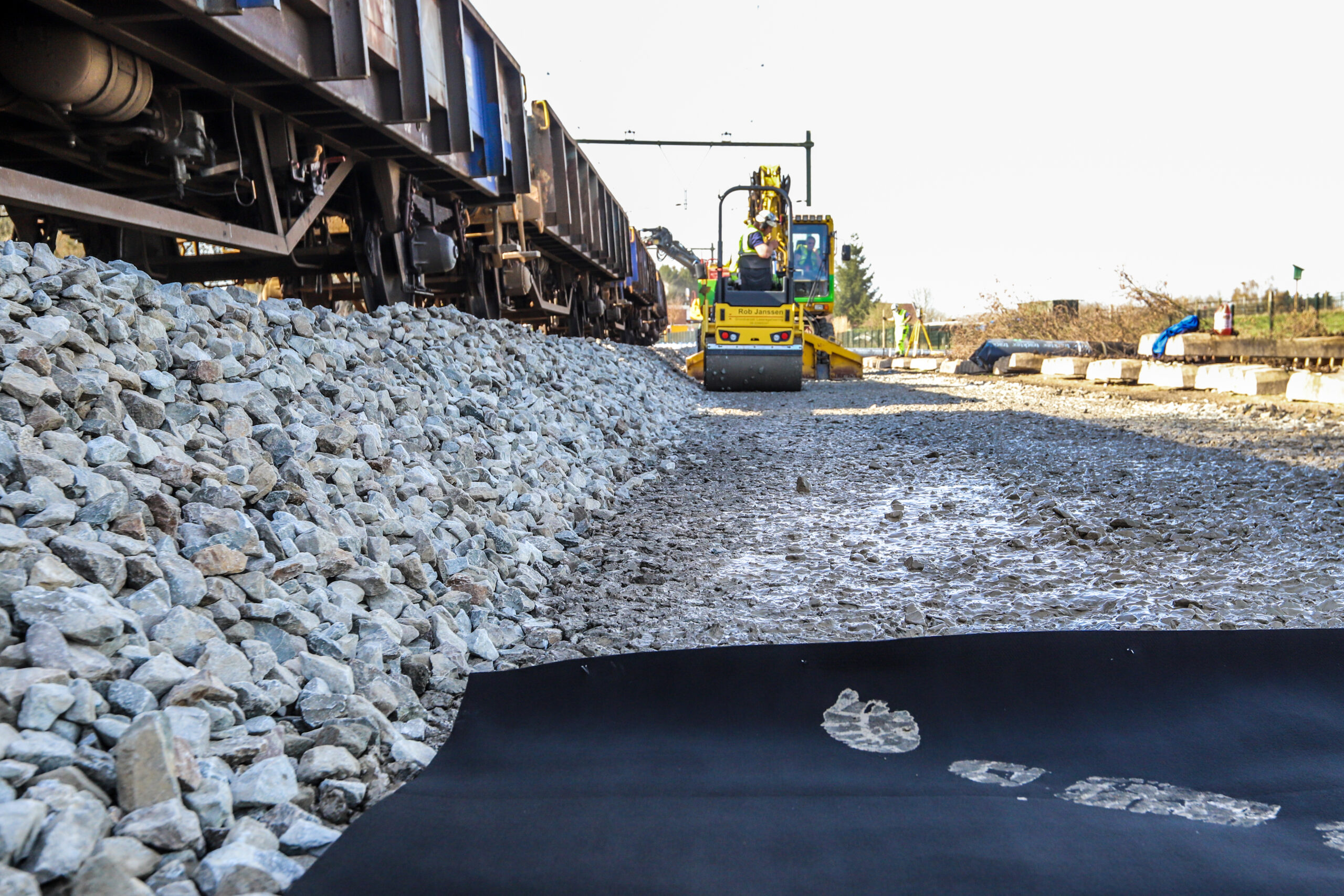 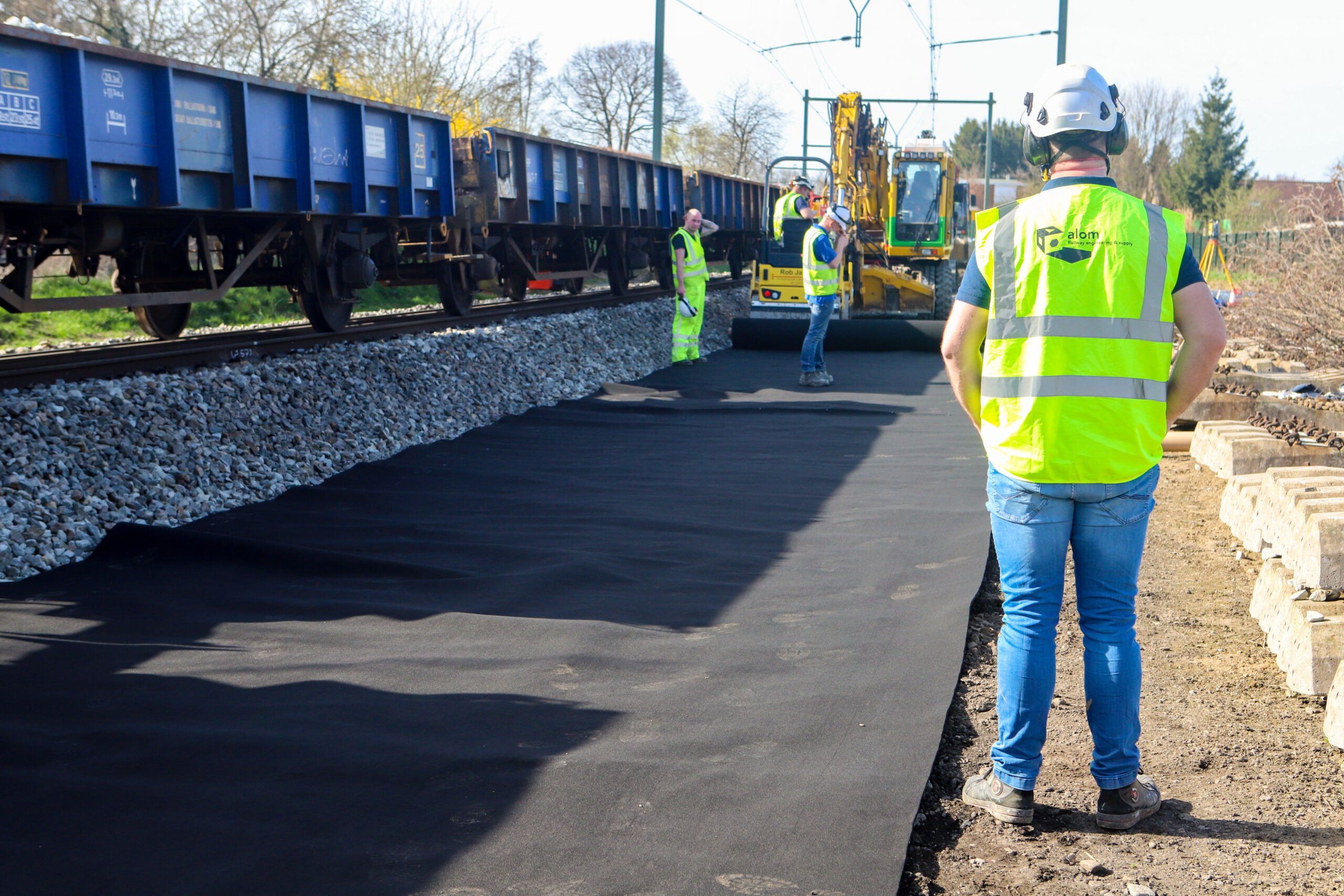 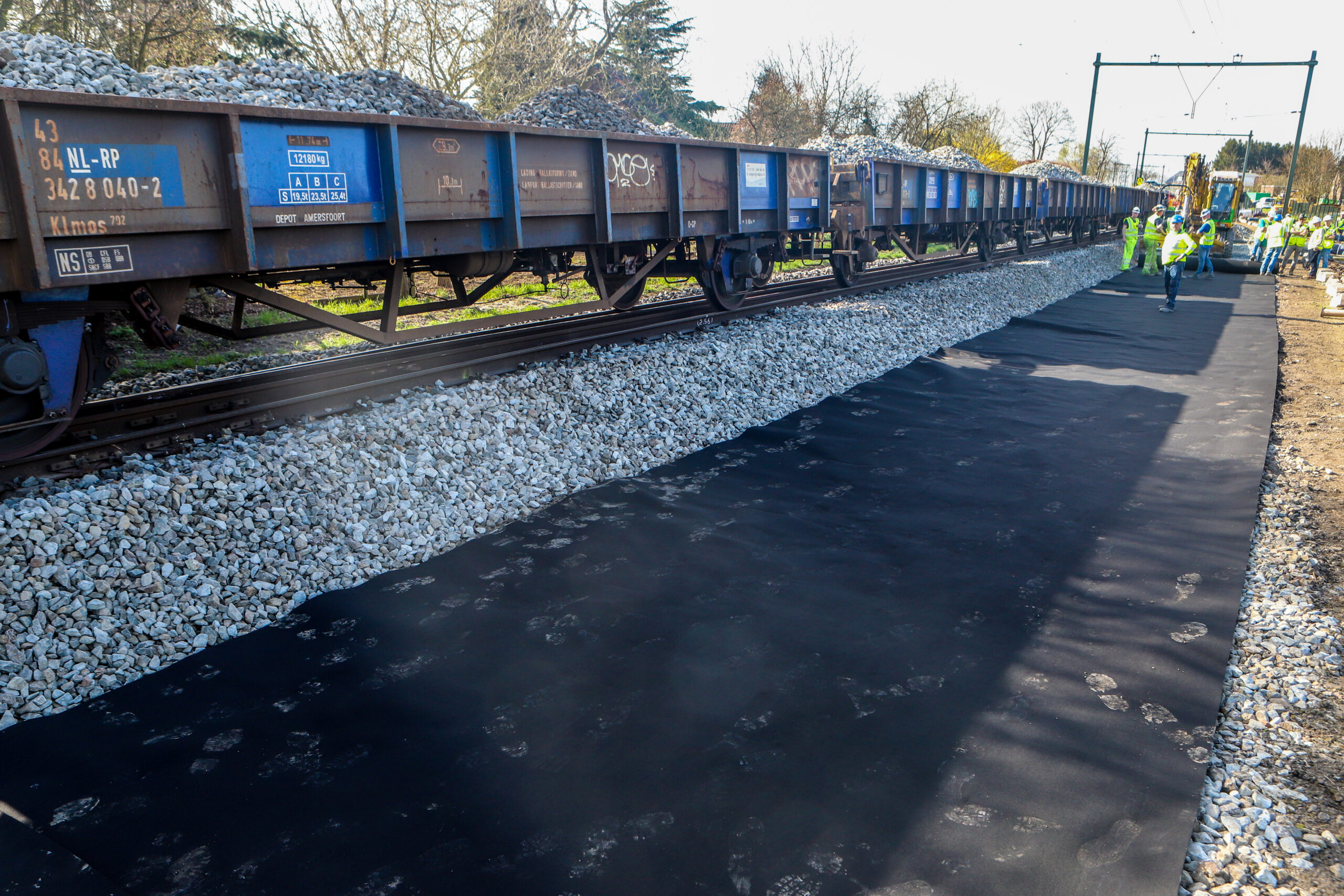 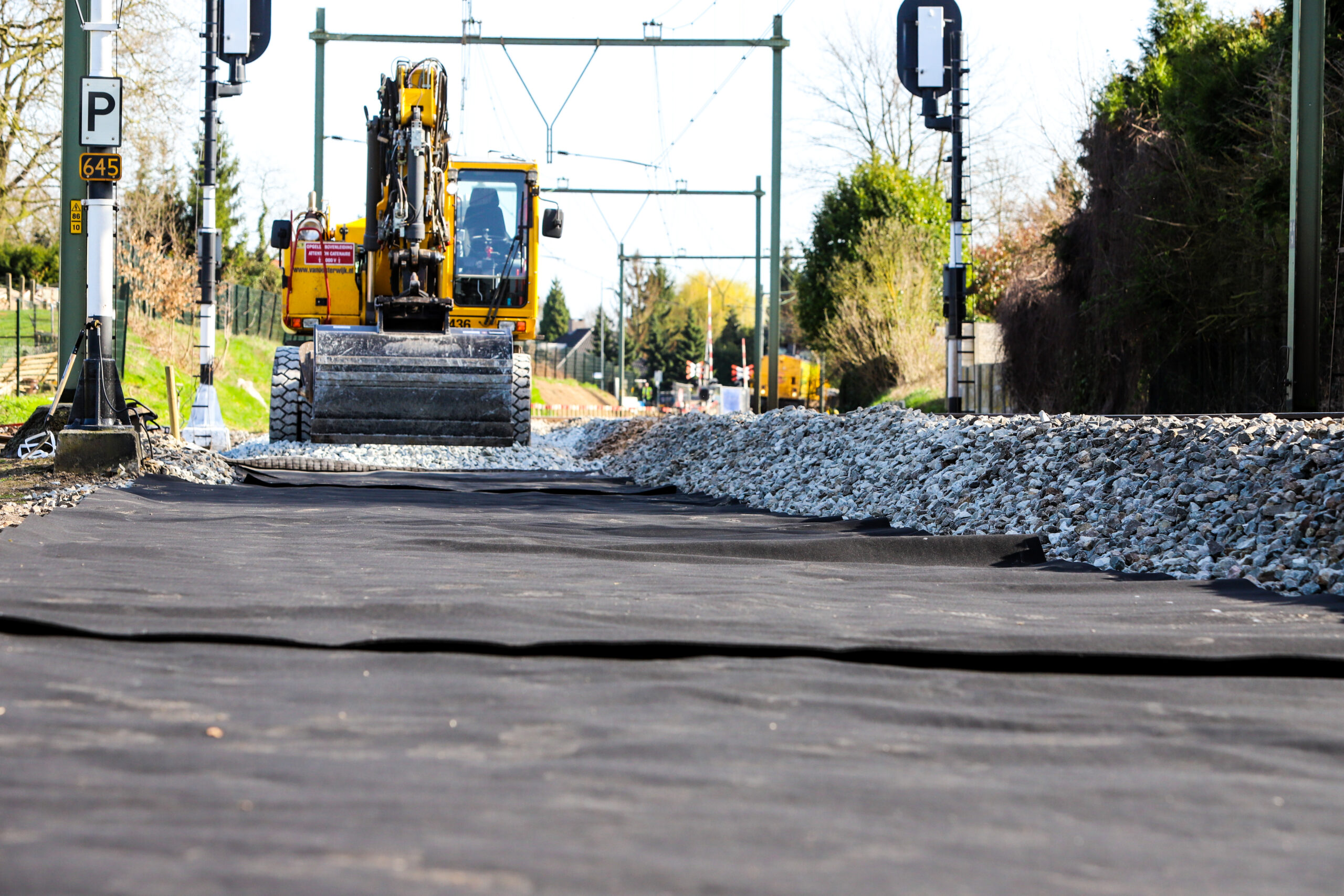 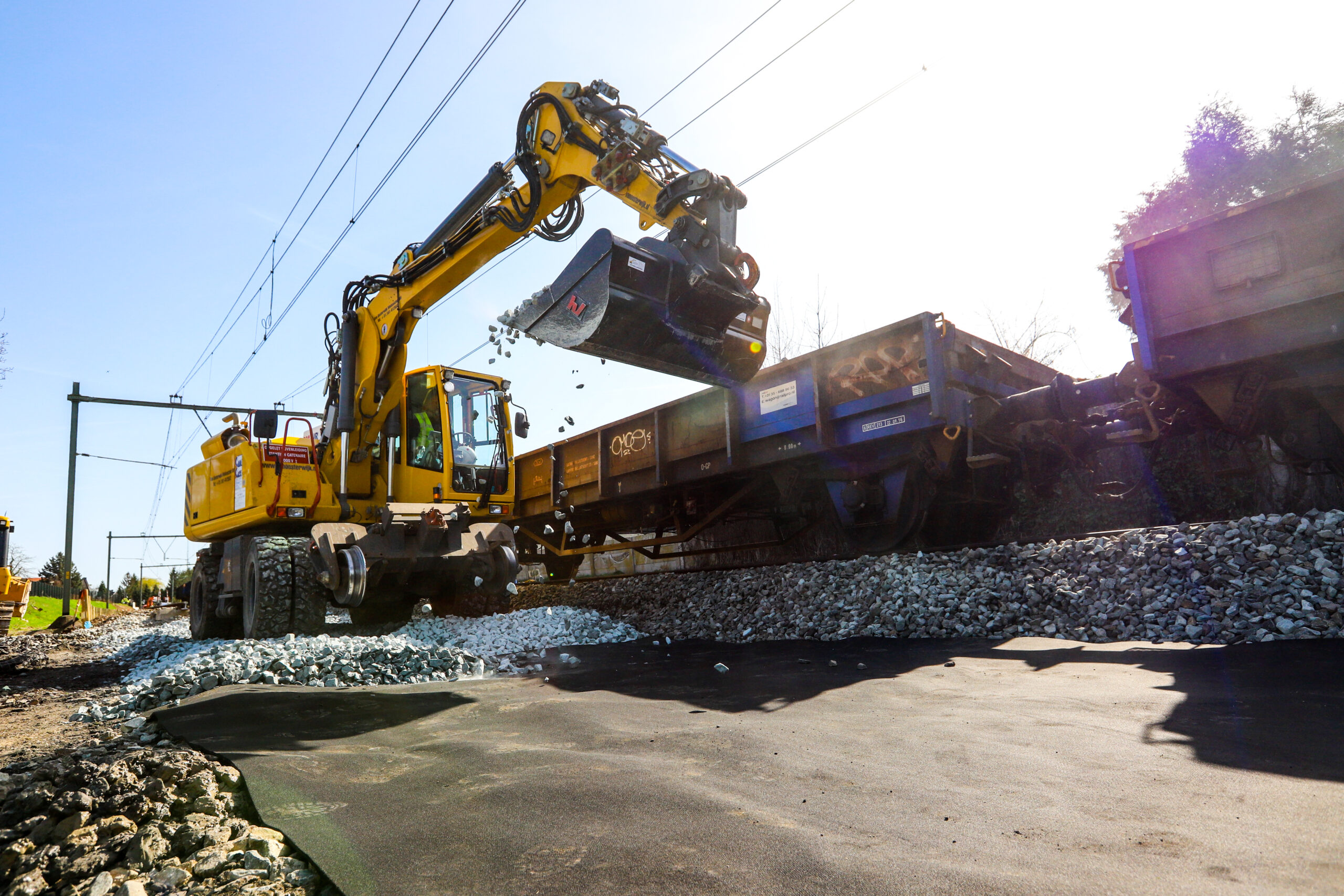