Their qualified, highly experienced field operatives and an extensive fleet of CPT equipment can be mobilised anywhere in the UK at short notice. With over 15 years of experience working in the rail industry, Lankelma can perform ground investigations in all areas of the trackway. 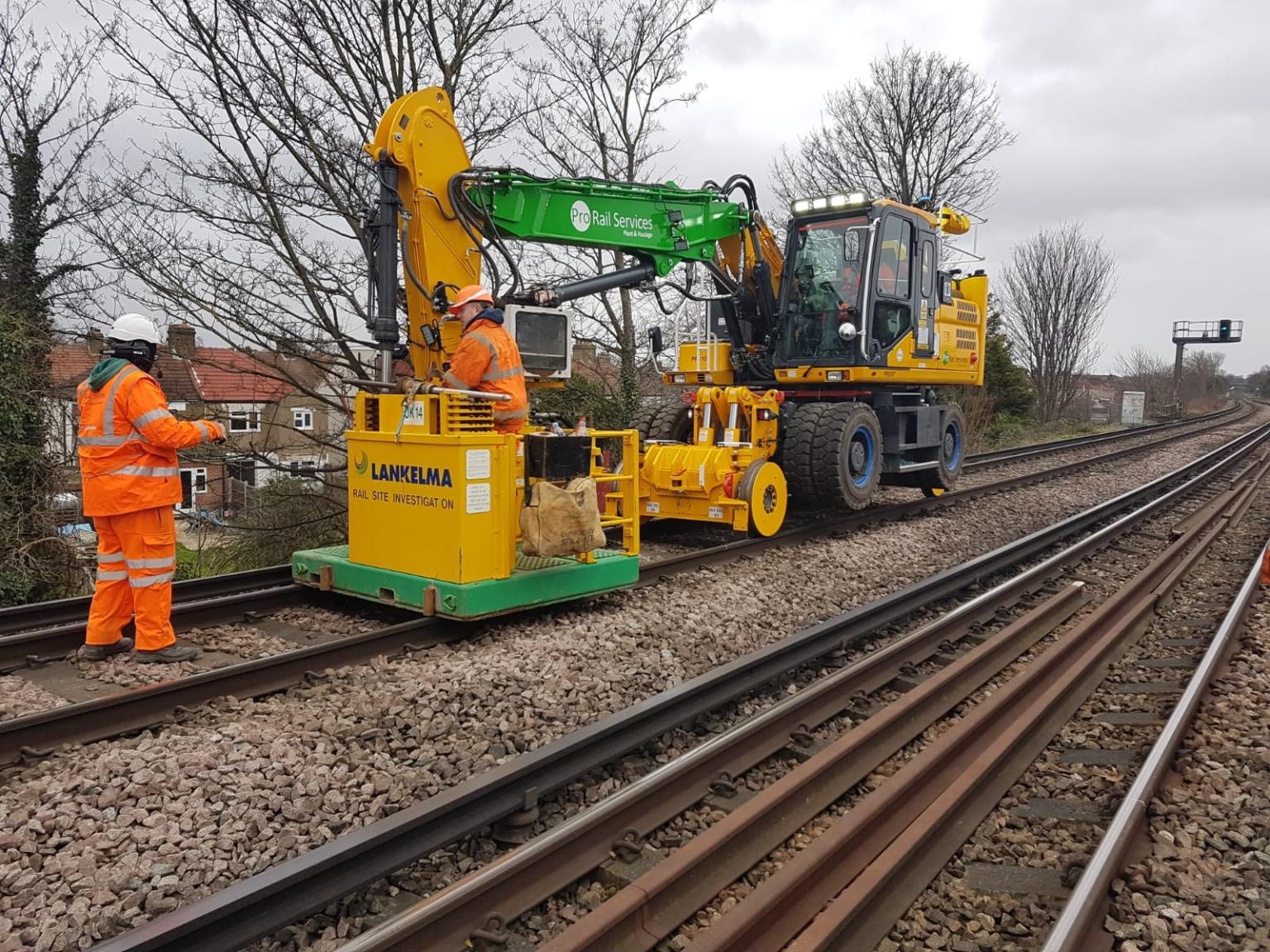 CPT is a technique for soil testing that is ideal for rail investigations because it is quiet, produces minimal disturbance and spoil, and can achieve deeper penetration (depending on the geology). Time is critical when working in a rail possession and CPT offers fast assessment of soil conditions under the track with a high degree of accuracy and repeatability. A CPT is performed by pushing an instrumented cone into the ground at a constant rate, with measurements recorded every 20mm.

CPT investigations characterise subsurface materials in situ, produce continuous profiles, and determine soil parameters including soil type, in situ stress conditions and shear strength for use in geotechnical design. High-quality results are available in real-time which allows engineers to take decisions on site during the ground investigation. This is particularly useful when identifying the best locations for further investigation, especially as detection of potential problems is of paramount importance on the railway.

As the use of CPT in railway investigations has grown, Lankelma has developed specialist rail CPT plant and equipment specifically designed for ground investigations in the four main rail environments: track bed, embankments, tunnels and stations. These rail CPT plant can be used with the full range of standard and specialist cones and be used to install instrumentation. Provided there is sufficient reaction force and a power supply, CPTs can be carried out almost anywhere.

One of the biggest innovations in rail CPT site investigation in recent years has been Lankelma’s one-of-a-kind road-rail CPT truck – the world’s first dedicated rail CPT truck. It arrives by road and accesses the track from level crossings or authorised road-rail access points (RRAP) using the central turntable mechanism and rail wheels. This capability of the self-contained truck allows rapid mobilisation and transports the operatives along with all testing equipment between positions, meaning multiple CPTs in the four-foot can be carried out in a short period of time. The rail CPT truck has significantly improved productivity in rail site investigation.

For ground investigations on other areas of the trackway, Lankelma’s rail excavator-mounted CPT unit may be the answer. The CPT unit attaches to the arm of an RRV excavator; the excavator then manoeuvres the self-contained unit to each test position. Testing can be carried out in the cess, six-foot, ten-foot, up and down embankments and cuttings. 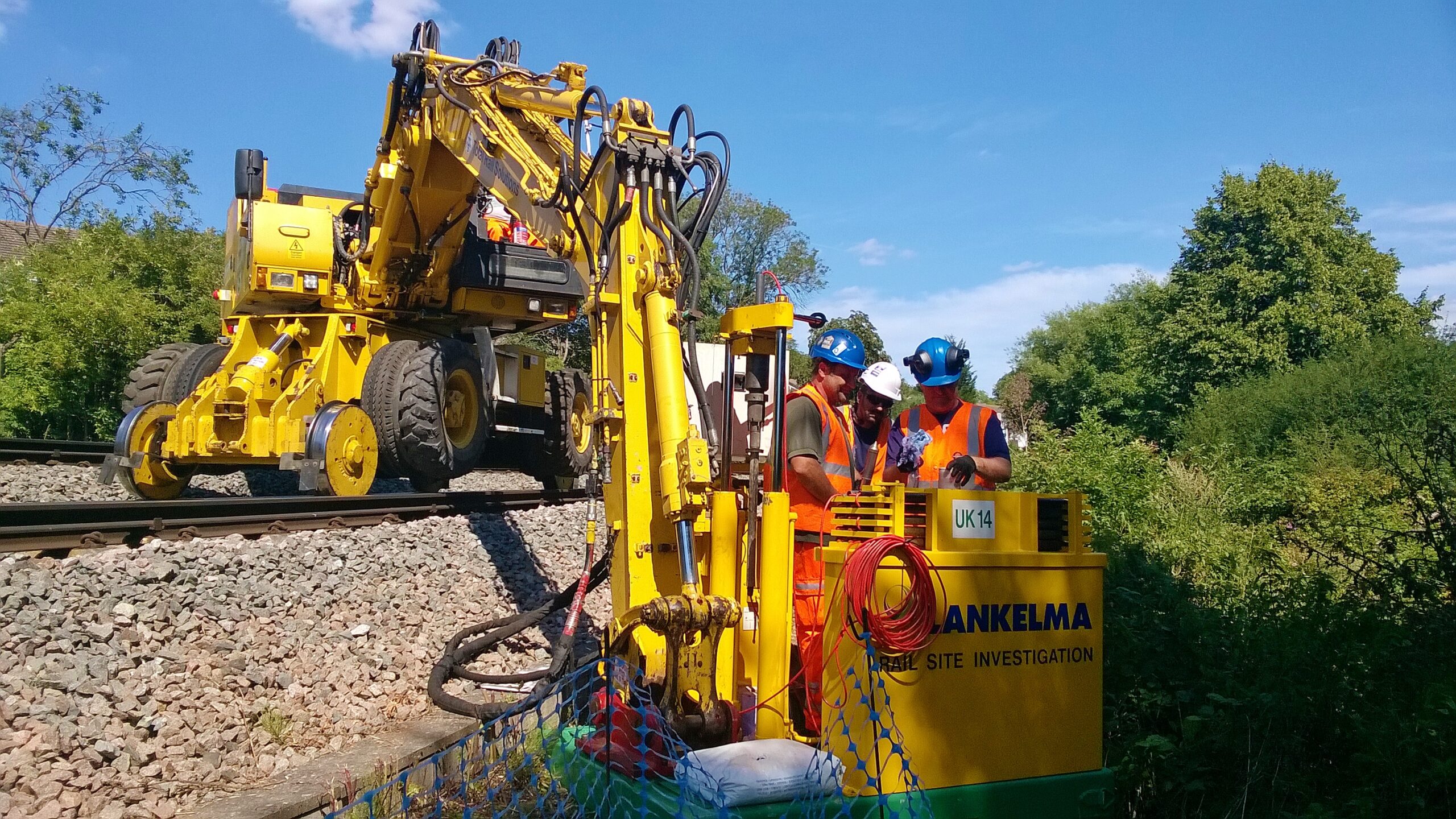 Site investigations in challenging environments like tunnels and stations are also possible. Lankelma has developed lightweight, hand-mobilised CPT rams suitable for testing positions with access restrictions. These rams are bolted into position to gain reaction and can test in multiple orientations. The same equipment, which is electrically powered, and therefore quiet, is suitable for testing within open stations, tunnels or on platforms.

Lankelma have been involved in rail investigations for electrification schemes, emergency slips/faults on track, track upgrades and embankment stability work. The rail CPT truck helped gather high quality ground information for the reconstruction of a failed section of railway embankment at Wrecclesham, Surrey. Network Rail discovered that a 250-metre section of the embankment had failed, causing the track to settle. Emergency stabilisation works allowed safe reopening of the line and work began to find a permanent solution. Lankelma carried out ten CPTs over a single shift along the failed section. Tests were carried out in the four-foot, through one-metre-thick ballast and into the sand and clay below, to a maximum depth of eleven metres. This information was used to help characterise the embankment material and the geology beneath.

Following the identification of embankment instability on several rail assets in Hampshire and Somerset, Lankelma responded to the needs of an urgent requirement for geotechnical definition by delivering preliminary soil stratification, pore pressure and geotechnical parameter derivations within one week of completion. The rail CPT truck and excavator-mounted CPT unit carried out investigations at three sites over ten twelve-hour shifts. As part of a scheme to improve London’s transport network, Lankelma was procured to carry out CPTs at Finsbury Park tube station. Using a lightweight mobile CPT unit anchored to the walls of the station’s stairwell, horizontal testing was performed. Four horizontal CPTs were pushed 14 metres into the wall to provide an assessment of the current structural arrangement.

A rail track facility at Lankelma’s head office facilitates development of its rail-specific CPT units and maintenance of equipment. In-house mechanics ensure all rail plant is compliant with standards so they can offer a first-class service to clients. 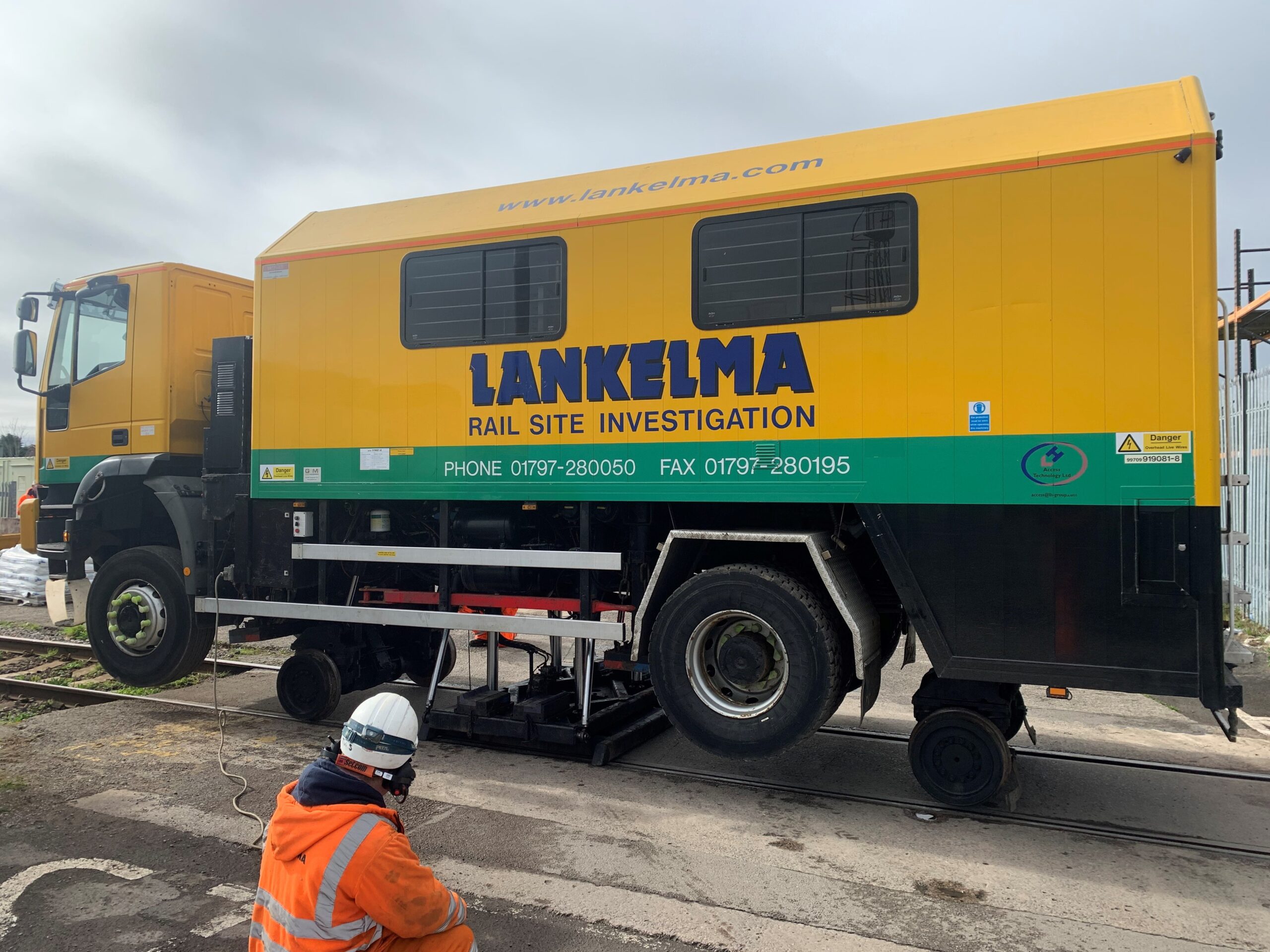 Lankelma has recently expanded their rail capabilities with a second track-mounted CPT unit. The latest addition is cutting-edge technology and will assist to speed up rail investigations.

Use the form opposite to get in touch with Lankelma directly to discuss any requirements you might have.