Amberg Technologies has assisted the construction of the exploratory tunnel Saint-Martin-La-Porte Base Tunnel (SMP4), a 57km long French-Italian base tunnel which will, when construction is completed in 2022, be one of the longest railway tunnels in the world.

The tunnel will link Saint Jean de Maurienne in France and Susa in Italy running beneath the Alps and form the bulk of the Lyon-Turin high-speed railway link. The Lyon–Turin Link will run trains at operational speeds of up to 220km/h, with infrastructure shared by freight and passenger services.

The SMP4 Exploratory Tunnel will consolidate information garnered by an exploration conducted from 2002 to 2010 between the La Praz, Saint-Martin-la-Porte and Modane declines in France and the Maddalena decline in Italy. The new exploratory tunnel will be 9km long, with TBMs excavating from France to Italy. It will go on to form a key portion of the Base Tunnel.

The exploration is being undertaken to find out more about the subterranean environment and will utilise Amberg Control Software which enables a comprehensive 3D profile of the geologically sensitive area in real time.

Amberg are also providing heading guidance by way of Amberg Navigator tablet software, enabling tunnel crews to rely on pre-defined patterns in drill and blast operations. At certain points in the tunnel, convergences do not allow for drill and blast, which is where the use of Amberg Navigator’s Arch solution NATM, used in sequentially tunnelling, removes the need for a surveyor, although one was on-site during the course of the excavation for other purposes.

“The use of Amberg Navigator Tablet Software is a big benefit for personnel, enabling them to carry out simple, routine surveying task reliably, efficiently and independently.

“The Amberg Navigator tablet solution with the big screen allows us to see the 3D measured profile information clearly. Furthermore, positioning the instrument without knowledge of the control IDs is a plus and simplifies the workflow.”

Amberg Control Surveying in 3D enabled the evaluation of measured profile data, enabling the import and modification of profile data to take place in real time. The 3D DXF-reports to CAD software and generates a complete “as-built” model of the tunnel. Amberg also managed the control points, meaning that the control points can be adjusted according to new information, reducing 1000 control points on the database to 400, with an accessible history of each.

Olivier Gauche further observed that the use of the built-in axis calculator improved daily workflow, enabling work to be carried out in Heading Stationing or in 3D Tunnelmeter. With “the on-axis calculator in Amberg Tunnel calculates, for instance, the correct length of the conveyors belt, which follow the slope of the tunnel, efficiently.” 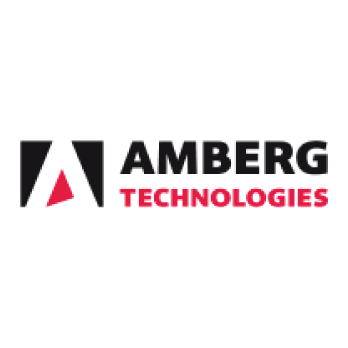 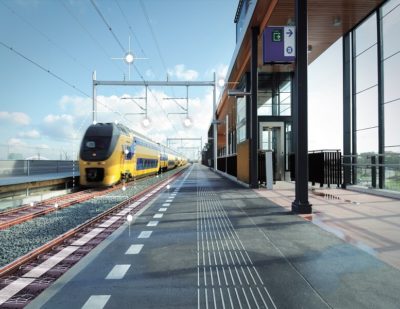 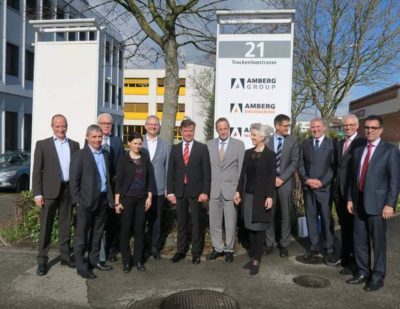 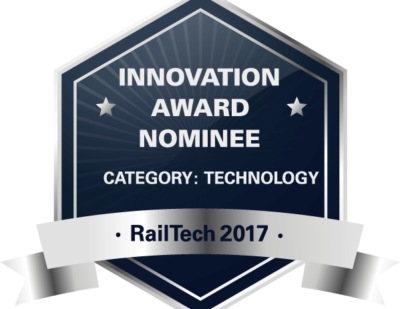 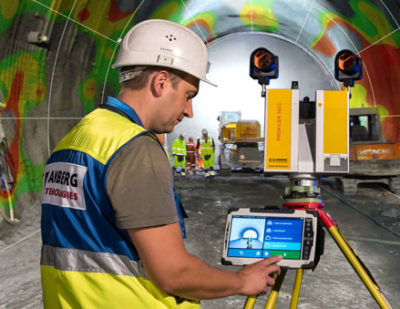 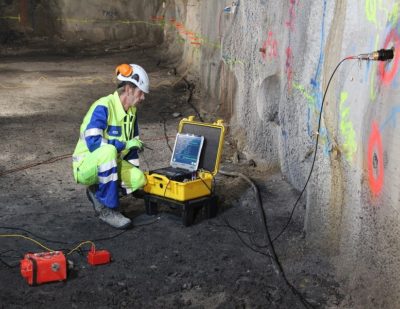 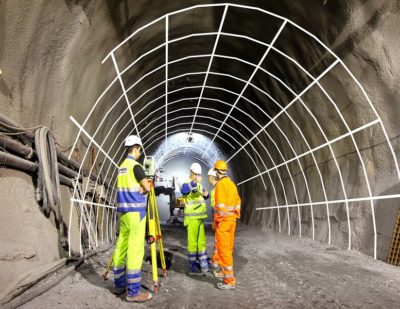 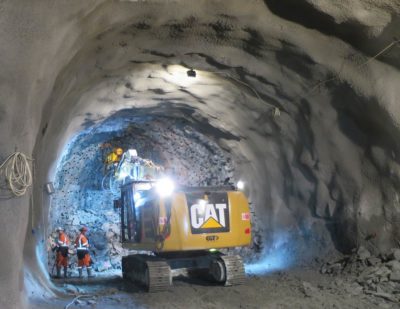 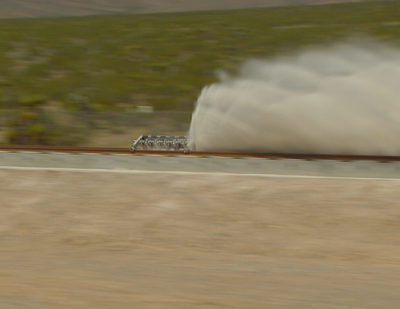 The first successful Hyperloop One test has been carried out in Nevada, propelling a test vehicle to 187km/h in four seconds. 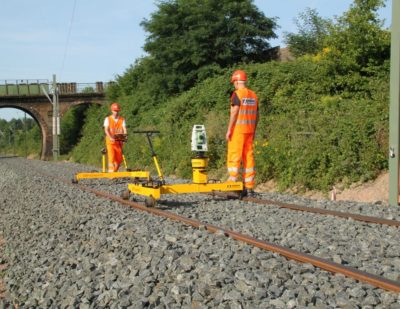