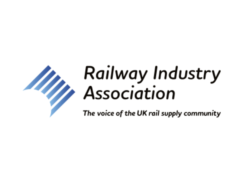 The Railway Industry Association (RIA) is extending from mid September to 2 October registration for Early Bird tickets to its Annual Conference, which takes place virtually on 4-6 November.

A flexible format for the conference will allow attendees to jump in and out of sessions throughout the three days, which includes a great line of speakers, the RISE Awards – rewarding excellence in the rail supply industry – and also a participative Cocktail-Making Masterclass on the evening of 4 November.

Speakers include (with more to be announced):

Darren Caplan, Chief Executive of the Railway Industry Association, said: “We’ve had a great response to our Annual Conference, and we wanted to extend our Early Bird Ticket opportunity so even more have the chance to join us at the best possible rate.

“In this truly extraordinary year with so much to discuss, our flagship Annual Conference will include a great line-up of speakers and interviews, panels, and networking sessions, which delegates will be able to jump in and out of throughout the three days. We will also host our prestigious Rail Industry Supplier Excellence (RISE) Awards and a fun participative Cocktail-Making Masterclass for all conference participants on the first night! An event not to be missed.”

The Early Bird Rate for RIA members and supporters is just £115, until 2 October 2020. Delegates can register to attend here.

Use the form opposite to get in touch with Railway Industry Association directly to discuss any requirements you might have.