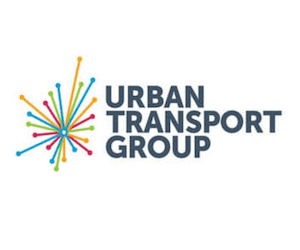 As a network we do three things:

All the Latest News

The final New Generation Rollingstock train manufactured by Bombardier has entered service in Queensland 2 years after the first.

The Saudi Railway Company (SAR), in cooperation with the Ministry of Transport, is racing to prepare for the 2020 Railway Forum.

The Railway-News Industry Insider week 4 2020: all the big rail news for 20–24 January. DB buys hybrid locomotives from Toshiba and more.

Spain is the latest partner to join Eress, the European Partnership for Railway Energy Settlement Systems.

Siemens Mobility and Tisséo have doubled capacity on Line A of Toulouse metro by lengthening the rolling stock from 2 to 4 cars per train.

DB Cargo is purchasing 50 Toshiba hybrid locomotives to reduce its carbon footprint. They will save 1 million litres of diesel per year.

On April 1 – 3, 2020, the International Railway Forum and Conference IRFC 2020 will be held in Prague, Czech Republic for the seventh time.

CZ Loko is continuing is modernisation works to upgrade the old GE Transportation C30 locomotives into C30-M units for Estonia.

DB to Feed Solar Power Directly into Its Traction Network

The Bombardier joint venture BST has won a maintenance contract for 656 high-speed train cars in China, to be completed by the end of 2020.

The Railway-News Industry Insider for week 3 of 2020: all the important news in brief from electrification to HS2 and Vivarail battery tests.

Construction has started on the metro control centre and depot at Taff's Well for Transport for Wales. The depot will service new tram-trains.

Vivarail has put its Class 230 through battery tests during which the train reliably and successfully travelled 40 miles many times.

The first fully modernised OEBB double-decker is now running on the Franz-Josefs-Bahn in Austria in its new Cityjet look.

Six rail associations have signed a charter on digital automatic coupling for freight wagons across Europe to push forward the shift to rail.

HS2 is bad for the environment?! A Rant.

HS2 has been heavily criticised by environmental organisations. Railway-News believes this is short-sighted and needs addressing.

PKP has conducted 200km/h tests on the Warsaw-Gdansk line using a Pendolino equipped with ERTMS / ETCS Level 2 on 11-12 January.

The 2020 Railway Forum is the first of its kind for the Kingdom’s flourishing railway sector and will be held in Riyadh on January 28 and 29.

Deutsche Bahn and UK to Be Official Partners of Greentech Fe...

Deutsche Bahn and the United Kingdom are both to be official partners to the Greentech Festival, which will be held in Berlin 19–21 June.

Electrification Between Bristol and Cardiff Complete

Balfour Beatty has completed the electrification of 77km of track between Bristol and Cardiff. The first electrified service ran on 6 Jan.

Siemens has unveiled plans for a new innovation centre at the Goole 36 enterprise zone. The planning application has been submitted.

The South Wales Metro project has received a boost today with the new infrastructure hub in Treforest opening.

The 56 Alstom Pendolino trains operating on the West Coast Mainline are to be fully refurbished. Alstom will also maintain them until 2026.

Stadler Wins First Maintenance Contract in the US

Stadler has won its first US maintenance contract: Stadler will maintain 8 FLIRT trains and the Silver Line depot for DART for 15 years.

OEBB Cityjet Eco to Be Deployed in Greater Vienna

From Monday, OEBB will run its Cityjet Eco battery-electric prototype train in the Greater Vienna area for 2 months to gain further insights.

Hungary: MAV-START has placed an order for 21 KISS double-decker EMUs to be delivered by 2022. This completes a framework agreement from 2017.

Stadler to Deliver 14 Trams to Darmstadt

Stadler has won a contract with HEAG mobilo GmbH for the supply of 14 ST15 trams. The contract, also inclues an option for up to 30 more.

The Railway-News Industry Insider Week 1 2020: getting back into the new year and new decade with 4 rail news stories from the past week.

Deutsche Bahn Steps Up Bridge Renewal Works for the 2020s

Bombardier has renewed a contract with the Port Authority of New York and New Jersey to operate and maintain the AirTrain JFK system.

IT-TRANS 2020: The Next Milestone in Your Digital Transforma...

Digitalisation has changed the way we think and move – and public transport must harness its potential to better serve the needs of customers.

Alstom has delivered the first of 30 Prima M4 locomotives to Morocco's national rail operator ONCF. ONCF placed the order in 2018.

Talgo UK is pleased that the planning application allowing the company to establish a manufacturing base in Longannet has been successful.

Etihad Rail has awarded a tender for construction package D, 145km of railway line, including 15 tunnels and 35 bridges.

Skoda has won a contract with Stadtwerke Bonn for the supply of trams. Each tram measures 30m in length and can accmmodate 180 passengers.

Bombardier has signed a three-year services contract with FirstGroup and Trenitalia for their new JV, the Avanti West Coast franchise.

The new L2 light rail line has opened in Sydney, connecting Circular Quay with Randwick over 12km and 14 stations 7 days a week.

Deutsche Bahn to Invest 12 Billion in New Trains by 2026

Deutsche Bahn says it will invest €12 billion into new trains over the next six years. This includes regional and long-distance rail.

Bombardier has signed a contract with the ROSCO Transitio AB in Sweden for the heavy maintenance and refurbishment of 59 REGINA EMUs.

Following von der Leyen's speech on the EU Green Deal in the European Parliament, the rail industry has voiced its support.

Alstom has started manufacturing the trains for Line 3 of Mumbai's metro network at its Indian SriCity facility in Andhra Pradesh.

After services began on Doha's phase 1 red line and gold line earlier this year, the metro network now has a full red line and green line.

Transfesa Logistics has wrapped one of its locomotives with the #TimetoAct message and will deliver this message across Spain.

Bombardier has revealed a new test centre at its site in Bautzen, Germany, that will be its serial production centre of competence.

Alstom will provide Angers Loire metropole with 20 Citadis trams for service from 2022, costing a total of almost 55 million euros.

Alstom and the Public Transport Authority of Western Australia have signed a contract for 43 trains for Perth. Delivery will begin in 2022.

A consortium of Bombardier joint ventures in China has won a contract to upgrade the automated people mover system at Beijing Airport.

Adif says it wants to reduce its carbon footprint by 86 percent by 2030, taking into account its plans to purchase green electricity.

Bombardier Vado Ligure site celebrates the production of the 2000th locomotive. It has manufactured 1000 since 1994, averaging 40 per year.

Rail Baltica has revealed the first visualisations of elements of the infrastructure for the new high-speed line, such as regional stations.

Alstom's Avelia AGVs have hit a milestone of 100 million kilometres travelled across the high-speed Italian network for operator NTV..

Hitachi is to build 23 new intercity trains for the new Avanti West Coast franchise which First Trenitalia will begin operating on 8 December.

All New Metro Trains for Bangkok Skytrain Now in Service

All 22 metro train the Siemens Mobility consortium delivered for the Green Line of the Bangkok metro are now in passenger service.

COP25: Rail “the only realistic and immediate solution...

The climate change conference COP25 is under way in Madrid. Transport is a major polluter and a shift to rail is vital for our future.

Alstom's first Citadis X05 tram for the Île-de-France T9 line was inaugurated in Orly on 3 December. Alstom will supply 22 trams in total.

RIA at AusRAIL PLUS 2019: The UK and Australasian Rail Indus...

Stephanie Salter, Director at the Transport Digital Accelerator for TfNSW explains how the accelerator has already had a positive effect.

Two of the authors of McKinsey's 2019 report "Australia's Infrastructure Innovation Imperative" talk to Railway-News about their findings.

Alstom and FERROVIENORD have signed a contract for 31 Coradia Stream EMUs for the Lombardy Region. Delivery will commence in 2022.

The Railway-News Industry Insider week 48 with the top news and comment pieces for the rail sector, including from AusRAIL sponsor Bombardier.

The Alstom-Bombardier consoritum have won a contract with Île-de-France Mobilités for 44 four and five-car metro trains for Paris.

Construction of the standard-gauge high-speed line connecting the Baltics to Poland and Finland, began in Estonia on 28 November 2019.

The Australian and Queensland governments have signed a bilateral agreement that is a major step forward for teh 1700km Inland Rail project.

Désirée Baer to Take Over as CEO of SBB Cargo

Desiree Baer is to be the new CEO of SBB Cargo, starting in March 2020. Her appointment will be preceded by a one-month introductory period.

Alstom has won a metro contract in Marseille. It will provide 38 new rubber-tyred metro trains and automation equipment for lines M1 and M2.

An overview of Melbourne's most important rail infrastructure projects, such as the new Metro Tunnel, which is due to open in 2025.

Azerbaijan Railways has purchased its first FLIRT trains from Stadler for deployment on both interregional and regional lines.

Our Infrastructure Progress Report for Syndey, the city hosting this year's AusRAIL PLUS 2019, the biggest rail event in Australia.

Early works have now commenced on the Yanchep extension of teh Joondalup Railway Line. It is estimated works will be complete in 2021.

Hull Trains has received the first of its five Class 802 'Paragon' trains from Hitachi. They will enter service over time, all by early 2020.

The Key Successes and Challenges for Rail in Australia

The Australian Department of Infrastructure, Transport, Cities and Regional Development on the key successes and challenges for rail.

Bombardier: “Rail Will Play an Important Role in Solvi...

Bombardier is one of the event sponsors of AusRAIL PLUS 2019 the biggest rail show in Australia, which takes place in Sydney 3–5 December.

The Railway-News Industry Insider week 47 with all the important rail news from 18–22 November 2019, including TPE's new Nova fleet.

The government of NSW will acquire 23 additional Alstom Metropolis trains for the seamless operation of the Sydney Metro, once extended.

TransPennine Express has launced its new Nova fleet, unveiling the trains to the public at Liverpool Lime Street station on 22 November.

Alstom and SBB have signed a second ten-year maintenance contract for 25m euros for on-board ETCS equipment installed between 2003 and 2008.

Stadler's board of directors has nominated former President of Switzerland, Doris Leuthard, to join it starting in April 2020.

OEBB spent one month putting its Cityjet eco through its paces in passenger service. The electric-battery multiple unit performed well.

German-Swiss Agreement to Foster Shift to Rail for Freight

A new German-Swiss agreement to develop interconnected infrastructure projects to encourage a shift to rail and maritime transport.

Your quick read for all the important rail news for the week from 11–15 November, including Stadler's first hydrogen train order in the US.

MECX Medical support your business by providing your employees with regular medical health screening programs for a happy workforce.

Alstom has presented the new rubber-tyred future metro for the Lille metropolitan region at the 3rd Assises des Mobilités.

Adina-Ioana Valean, the European Transport Commissioner-Designate, had her hearing in front of MEPs on 14 November.

Alstom Begins Delivery of Coradia Stream EMUs for Veneto and...

After signing a framework agreement in 2016, Alstom has delivered the first of 46 Coradia Stream 'Pop' trains to Trenitalia.

MARTA and Stadler have signed a contract for 127 two-car METRO trains to be delivered between 2023 and 2028. The contract is worth 646m USD.

After signing a contract with DB Regio, Alstom will deliver 19 Coradia Continental trains to Baden-Württemberg.

Deutsche Bahn has opened a new training centre in Cologne, where it will train new apprentices and upskill its existing workforce.

The Recoletos Tunnel in Madrid has been undergoing upgrade works worth 45 million euros. Alstom has now completed the signalling works.

Stadler Wins FLIRT H2 Hydrogen Train Contract in the US

Stadler has won its first contract for a hydrogen train, the FLIRT H2. The SBCTA will operate the train on the Redlands Passenger Rail line.

The first test tram on the Trafford Park Line, the new extension to the Metrolink network in Manchester, took place overnight Sunday.

Use the form opposite to get in touch with Urban Transport Group directly to discuss any requirements you might have.